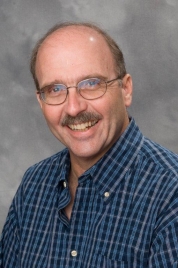 The free webinar, held over the Zoom online meeting platform, is open to the public and will include Albert sharing his favorite broadcast writing tips followed by a question-and-answer time. Zoom membership is not required to participate in the webinar. The webinar will be recorded and a web link will appear on the Press Club website at a later date. To register for the webinar, visit www.sdpressclub.org. The webinar is part of the Press Club’s “Nuts & Bolts” series.

Albert, a Press Club board member, has won numerous awards for writing and broadcasting including several Golden Mikes from the Radio & Television News Association. He also has received top honors from the Associated Press, Society of Professional Journalists, San Diego Press Club and National Headliners Club. His “Cliff Notes on the News” commentaries have been heard weekday mornings on KOGO-AM since 1997.

Cliff was news director at KFMB radio from 1979 to through 1996 and director of news and programming at KOGO radio from 1996 through 2013. In 2014, he returned to KOGO as news director. He has served as a guest lecturer and adjunct professor for journalism classes at San Diego State University and Point Loma Nazarene University.

Veteran broadcast journalist Kristen Castillo, also a Press Club board member and past Press Club president, will serve as moderator for the September 30 webinar. For more than a decade, Castillo worked at KGTV-TV 10News, where she an assignment editor and field producer before becoming an investigations producer. She has received more than 75 journalism awards, including three Emmy Awards. Today, she is a freelance writer for several publications and serves as president of the National Academy of Television Arts and Sciences (NATAS), Pacific Southwest chapter.

The Press Club also announced its next “Write Better Right Now” webinar will be held Tuesday, Oct. 13 with Richard Lederer, language columnist, The San Diego Union-Tribune, usage editor of the Random House Dictionary and author of The Write Way. Lederer, author of more than 50 books about language, history and humor, will offer a common-sense approach to grammar and usage and welcome questions about grammar, usage and punctuation.