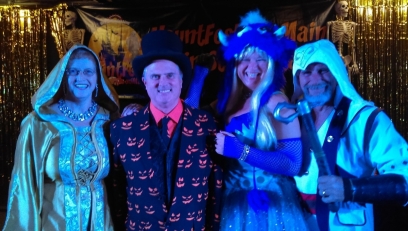 October 22, 2016 (El Cajon) -- Hauntfest was a big success again this year with carnival rides, costume contests, games, live music and dancing along Main Street in El Cajon on Friday. Police concerned about marauding bands of Vikings were out in force. 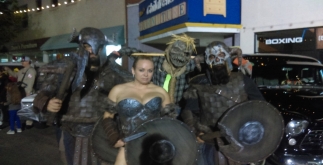 El Cajon Councilman Gary Kendrick, who was a judge in one of the costume contests said it was “bigger than last time, greater than 40,000 people, a good time was had by all.” 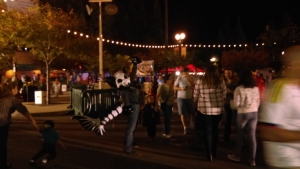 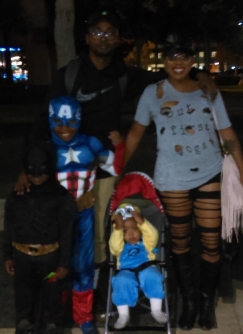 Superheroes came out to keep people safe, including Batman, Captain America and Minion, seen to the right with their parents. 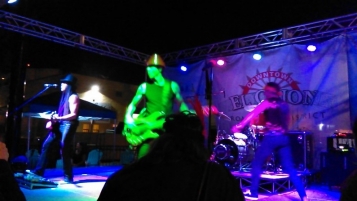 There were two stages for live music with dancing and local restaurants filled to capacity.

The next big parade on the schedule for El Cajon is the Mother Goose Parade Sunday, November 20 2016. 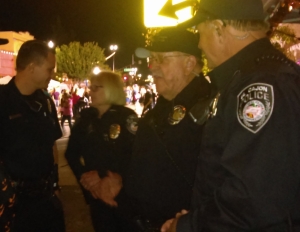 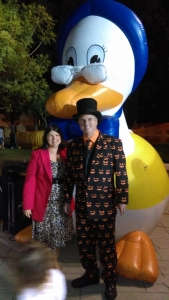