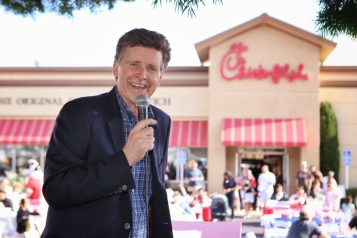 June 27, 2016 (El Cajon) – Radio and TV personality Mark Larson, a longtime El Cajon resident, recently began his 41st year of continuous on-air presence in the San Diego market. That makes Larson the current holder of the longevity record for local broadcast on-air work (Sam Bass has been heard on KyXy 96.5-FM since 1978; Hal Clement and Bill Griffith both had 39 years on TV before retiring in 2011 and 2015, respectively).

In addition, his voice has been heard since the mid-1980s as host of “Turning Point with Dr. David Jeremiah,” which is aired on more than 2,200 stations. The radio show is a ministry of Shadow Mountain Community Church of El Cajon. 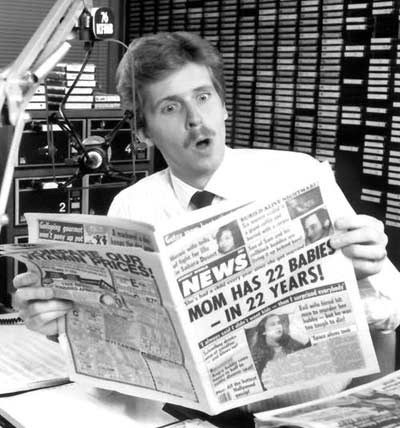 Also, under the umbrella of Mark Larson Media Services Inc., he’s hosting TV infomercials for a variety of nutritional supplements offered by Purity Products of New York. Plus, he’s a frequent guest on TV discussing politics on Fox News Channel and KUSI-TV/Channel 9. Effective July 1, he began his fifth term as board chair of the Air & Space Museum in Balboa Park (he has served on the board since 2003).

“I’ve been blessed in my career, but the best has yet to come,” Larson said. “I’m always busy, but it doesn’t feel like work because I enjoy being in the community and making connections with people. I believe I have a responsibility to use my time effectively and maximize opportunities. I don’t see anything as coincidental or accidental.”