October 27, 2011 (El Cajon)--The City of El Cajon may become another in a string of cities to remove itself from the safeguards of state law and give “supreme authority” in municipal affairs to the city council. The measure is touted as a cost-savings step. But in some areas, charter city status has led to abuse and even fleecing of taxpayers—notably in Bell, California.

El Cajon City Attorney Morgan Foley presented a report on this proposal at the Tuesday meeting of the El Cajon City Council. Instead of abiding by the citizen protections provided by state and federal law, the “charter city” designation gives city councils total control over a host of municipal decisions. These areas of control include 1) city salaries, 2) competitive bidding, 3) taxation, 4) fees, 5) regulation of parks, 6) elections, and 7) city council voting procedures. Each of these areas raises its own serious concerns.

Bell, California, is an example of the citizens not knowing what was at stake. Free from state regulation, Bell City Manager Robert Rizzo awarded himself a $1.5 million salary for managing a city one third the size of El Cajon since state salary laws salaries no longer applied. The City of Oceanside, a charter city, now has no guidelines for public employee compensation.

Competitive bidding laws also do not apply in charter cities. Currently, regulated bidding laws are designed to prevent sweetheart contracts from being awarded due to cronyism and nepotism.

Cities must cite a local pressing concern to become a charter city. The “local pressing concern” in no way limits the “supreme authority” granted to the city council of a charter city, according to the League of Women Voters. “A city charter need not set out every municipal affair the city would like to govern. So long as the charter contains a declaration that the city intends to avail itself of the full power provided by the California Constitution, any city ordinance that regulates a municipal affair will govern over a general law of the state,” the LWV indicates. 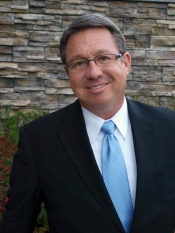 Critics have suggested that proponents of a charter city status for El Cajon appear to be putting the interests of shelter animals ahead of the interests of working people and impoverished residents in need of good-paying jobs.

If so much can be saved by not following prevailing wage laws, then why are they required for both federal and state contracts? Prevailing wage laws require that workers be paid a minimum of the industry average for their line of work, such as masonry, carpentry or electrical. But if a government entity can get away with paying less, why might that not be a good idea?

“Prevailing wage is just another tool to make sure that the current and future workforce gets paid the area standard for the craft preformed,” according to Tom Lemmon, Business Manager of the San Diego County Building Trades. “This is important to the citizens of El Cajon because it allows them to join the middle class and live the American Dream. Sadly, some seem unconcerned about the working people their community and more about helping their contractor friends.”

Lowering wages could worsen poverty in El Cajon, which already has the highest poverty rate in San Diego County. El Cajon’s poverty rate is 29.7% according to the 2010 U.S. Census. That’s double the County’s poverty rate of 14.8% and at least 10 points higher than any other city in the County. 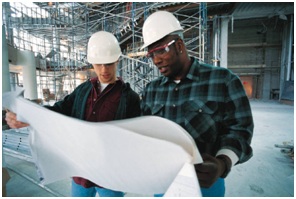 “When an out of town contractor pays their workers less than the industry average, this has ripple effects throughout the community,” says Lemmon. “When local taxpayer dollars leave the community, the whole community suffers when local home town workers are displaced and are no longer able to purchase goods and services.”

In neighboring Lemon Grove, City Councilmember George Gastil says that “prevailing wage laws exist to keep an industry standard. If people don’t follow prevailing wage laws then the standards of the whole industry can be eroded. Any city considering becoming a charter city should be conscious of that.”

A key factor in whether the measure may win approval from the Council may be whether or not Mayor Mark Lewis, a former sanitation worker who has stood up for workers in the past, decides to back the measure.

“Mayor Mark Lewis has been a champion for El Cajon electrical workers,” says Jennifer Badgley from the International Brotherhood of Electrical Workers. “He even stepped up and helped when an out of town contractor used out of town workers who were not getting paid area standard wages and benefits. With the mayor’s leadership, local electrical workers were put on that power generation job.”

Councilmember Wells, who beat John Martes by less than a percentage point in 2008, sees it differently. “Oceanside has seen their contracting costs cut by 15% since they became a Charter City.” That kind of money could be used to fix potholes instead of paying construction workers industry standard wages.

The Mackinac Center, a Michigan think tank, agrees with Wells’ view. First, such laws force employers to pay workers more than what they might voluntarily settle for, Macinac contends. Second, employers who discriminate against minorities might think twice about refusing to hire people who would accept lower wages. Third, prevailing wages lead to higher prices.

But advocates for workers contend that potential harm outweighs any benefits.

“One very important provision of prevailing wage that benefits El Cajon is the requirement to hire apprentices,” says Tom Lemmon. “Twenty percent of all employees on a public works project with a prevailing wage requirement require training opportunities for the next generation of construction tradesmen and woman. Young people today more than ever need that opportunity, and he wants his charter to take it away.”

The City Attorney reported that the earliest it can get the measure on the ballot is June 5, 2012. "This will require fast tracking of things for the City Council to consider," City Attorney Morgan Foley said. Public hearing dates are tentatively set at Tuesday, December 13 at 2 p.m. and Tuesday, February 28 at 2 p.m. However a staffer indicated the matter could be heard as early as November 8. 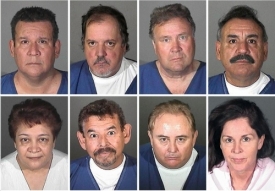 Meanwhile, El Cajon voters may wish to learn more about  corruption in the city of Bell after voters narrowly approved its charter city status in 2005.  While not every charter city has been plagued by such notoriety, the potential for such abuse is created when charters grant officials excessive powers without public oversight.

In July 2010, two Los Angeles Times reporters revealed that Bell city officials from manager to police chief had received six- to seven-figure salaries—possibly the highest city officials’ salaries in the nation. The Chief of Police was paid more than the President of the United States. Bell's council members also granted themselves six-figure salaries, while council members in neighboring cities of similar size made just $4,800 a year on average.

In September 2010, California’s Attorney General filed suit against eight Bell employees and former employees. Soon after, the city’s former city manager, mayor, assistant city manager, and five council members were arrested and criminally charged with misappropriation of funds. The city of Bell has also been under investigation by the FBI and by the California Secretary of State for possible election violations.

For officials who profited short term off their newly granted charter powers, the long-term result proved less than favorable.  The mayor and council members in Bell, California ultimately all resigned or were recalled by voters—in some cases, by a whopping 95% margin.

Update December 10:  El Cajon Councilman Gary Kendrick has informed ECM that Council will consider an "anti-Bell" amendment that would limit elected officials' salaries under the same rules currently in force under state law.

Working men and women - voters - are waking up. The city council should walk away from the Charter City idea as quickly as their freedom-loving feet can carry them.
Doing away with competitive bidding and prevailing wage laws is opening the door wide to corruption and "crony capitalism." No one is going to be fooled into believing that "saving money" is the real intention of its supporters - the real goal is unregulated and unaccountable power.
Interesting that the Mackinac Center was mentioned in the article. It is funded by a laundry list of extremists whose sole goal seems to be to make sure American workers get the same wages and benefits Chinese workers currently enjoy.
I want to thank councilman Bill Wells for openly advocating this insult to ethics in government. The working people of El Cajon will see to it that Mr. Wells remaining months on the council are his last. Any other council members who support this "Law of the Jungle" approach to governance will also find themselves returned to the private sector they claim to champion.

I just came across your blog and reading your beautiful words. I thought I would leave my first comment but I don't know what to say except that I have enjoyed reading. Nice blog. I will keep visiting this blog very often.
Helen Olsson
science

Hi Helen, Thank you for your words of encouragement. This is my first article for East County Magazine, so it's extremely rewarding to hear your positive feedback. I am glad that you enjoyed reading it as much as I enjoyed writing it. Thank you! Jonathan