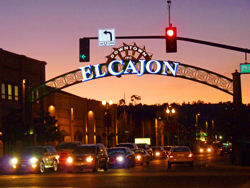 June 7, 2012 (El Cajon ) – Proposition D, which declares El Cajon to be a charter city independent of many state requirements, has been approved by voters.

The City Council asked voters to approve the measure, arguing that it will save the City money on construction projects and more by eliminating labor requirements that non-chartered cities must abide by.

Opponents contend the measure will depress wages in El Cajon, a city with one of the highest poverty rates in the county. Some have argued that charter city status conveys too much power on city officials to make sweetheart deals with developers. El Cajon’s police union opposed the measure, citing concerns over public safety if any more cuts are made to the police department.