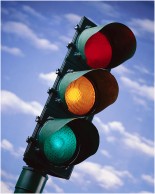 February 11, 2013 (El Cajon)- Tomorrow’s El Cajon Council will consider an agenda introduced by Pro Tem Mayor Bill Wells regarding the city’s red light camera program, which has been in effect since 1996 (see http://www.utsandiego.com/uniontrib/20051216/news_1m16red1.html).

The agenda item, if approved, would direct the city manager to bring back information on the program, including information on possibly ending it. It’s also been recommended that the city council set an advisory meeting for 2 p.m. on March 12 and an information session at 7 p.m. the same day to hear public opinions.

Recently, San Diego Mayor Bob Filner ended the city's red light cameras after a study found they did not reduce accidents significantly (see http://www.utsandiego.com/news/2013/feb/01/end-san-diego-red-light-program/?print&page=all).  In the past, El Cajon officials have supported use of the cameras (see http://www.utsandiego.com/news/2010/dec/14/some-cities-bailing-on-red-light-traffic-cameras/?page=1#article-copy).

For more information on the full agenda items, go to http://www.ci.el-cajon.ca.us/council/agendas.aspx.

Years ago I used to have to go to UTC often early in the morning. A camera there was like the one you described; usually only one car could get through on green and the next unsuspecting motorist got a ticket that was very costly, around $300 or $400.

Our daughter got a pricey ticket for a rolling not-quite-stop on red late at night in El Cjaon.  It was a very expensive lesson for a college kid working multiple jobs to help pay for college.  I think if these are allowed at all, they should be calibrated to let multiple cars through on green, have a yellow light long enough for the next car to easily make it through, and that the fines for a first offense should be only $50 or $100.  If someone's been caught several times or speeds through at a reckless rate,  the fine could be higher, but for most folks in El Cajon, where poverty is high, it is an unreasonable burden to have $400 tickets for a minor infraction of misjudging a light by a couple of seconds, or not quite fully stopping on a right turn.

I got a red light camera ticket about 20 years. The city had teamed up with the private sector to install the red light cameras at all intersections where the greatest chance of catching violators was possible. They picked busiest shopping areas, and heaviest use intersections where the backup que was the highest. The officials said it was all about increasing safety for motorists and to reduce the number of accidents. The particular intersection where I was caught not making it through before the signal turned red had a record at that time of over 1200 citations per month.The same interesction continued to snare thousands of motorists over the years and not one single change to the design of that intersection was ever made so that traffic flow could be better accomodated. There is no doubt in my mind that this intersection with it's red light camera's was so lucrative in profit making for the private firm that installed it and the return that the city shared in the daily bounty was so good that they  were the real reasons for it's continued use. I paid for my ticket at that time in the amount of $340. I'm sure it's more costly to violators now. The only lesson learned by me was that I need to stop when I enter an interesction where the traffic signal is changing from green phase  to yellow rather than try to make it through and take a chance of getting another ticket.By doing so,  I have really angered some motorists behind me on more than a few occasions and nearly had several rear end collisions as a result.

I hope the city officials look at the true accident rate statistics at their red light camera intersections and not be swayed in their decision by the amount of revenue that these money makers bring in. To do otherwise would be another example of continued corruption by those in charge.