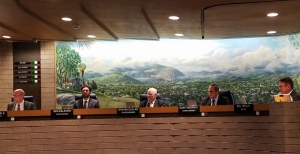 There were no citizens present to voice opinions about the new rules.  As in other cities around the country, scooters and bicycles made available for rent or lease inside El Cajon’s city limits by a commercial business will be required to enter into an agreement with the city regarding the operation, maintenance, and storage of the vehicles. To address the problem of vehicles blocking pedestrians’ right of way in public byways, the city will require companies to place a security deposit to ensure timely retrieval of vehicles and reimburse cost of staff time to remove vehicles after 72 hours.

Along with a requirement to obtain a business license, the companies will be required to provide proof of insurance. Vehicles must be labeled with the company logo, serial number, and a 24-hour customer service number. 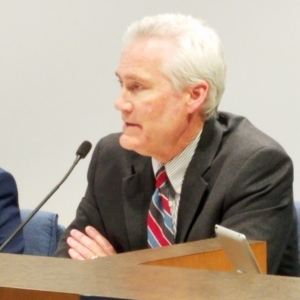 As for skateboards, the new rules prohibit riding skateboards on a privately-owned, operated or maintained parking lot, parking facility, sidewalk, or anywhere with a post prohibiting skateboarding. Skateboard riders must yield right-of-way to all pedestrians, and are prohibited from interfering with movement of vehicles on a public street, sidewalk or alley,

The owner of a property at 743 El Cajon Blvd., James McCormack, appeared before the City Council on Tuesday attempting to appeal a fine of $6,616.95 imposed by the city code enforcement authorities. The city says the fine was  imposed to reimburse their costs of sending inspectors on multiple times to the property. McCormack says that he was surprised in receiving multiple written notifications from the city over the course of four consecutive days.

“This is an awful lot of money to be paying the city to board up my property,” McCormack said. “I believe $6,000 for five pieces of plywood is onerous.”

Councilman Steve Goble then explained that the amount included time spent by city staff dealing with the problem. “The public will ask why you should keep two months of rent, yet the people of El Cajon incur the cost of enforcement,” he said. “We [the city council] are the watchdogs of the people’s resources. In this case, it is time. We owe the taxpayers of El Cajon the costs to enforcing illegal activity.”

As reported earlier this week by ECM, compliance staff visually inspected the facility and notified the Building Official/Fire Marshal of magnetic door locking mechanisms. City and State zoning laws require that these externally controlled lock types which “restrain” the public from exiting a building in case of an emergency.

McCormack still faces about $24,000 in fines in line with an ordinance approved last year by the City Council fining property owners who have an illegal marijuana dispensary on the premises.

McCormack says that he had entered into an unratified “rent to own” purchase agreement with the then-buyer of the property who said that he planned to put a liquor store in the space.  McCormack says he received $20,000 which was to be applied to the $750,000 purchase price of the building, which had been vacant for three years. “After three years, I was receptive to the offer to the purchase the building, even though I had my misgivings which proved to be true,” he said. “I did not rent this building to a marijuana dispensary. I sold this building to someone who said that he was going try to open a liquor store.”

In late November, after SDG&E removed the electric meter on the building, the renter of the property continued to make changes to the interior, using an electric generator. The generator was venting inside of the building, which caused three people to become ill with carbon monoxide poisoning. One person was transported to the hospital for medical treatment.

Councilman Kendrick said before the vote, “I want to send a message to the other landlords in the community who want to look the other way. While we have these marijuana dispensaries open up, I think these dispensaries profit on the suffering of others. It sickens me what they do to their employees by putting them in such incredible danger.”

The council voted 3-2 to affirm the fine, with Mayor Bill Wells and Councilman Ben Kalasho voting “no.”

Watch video of the discussion here.

El Cajon City Attorney Morgan Foley introduced an ordinance that makes minor revisions and corrections to the city municipal code regarding public comments at Council meetings. Foley's presentation led to a lengthy discussion by the Council of proposed changes and guidelines on citizen participation during the open comment sessions. Foley emphasized that the guidelines respect the principles of First Amendment free speech fundamentals.

One change suggested by Councilman Goble was a change in the city code to allow citizens to address Council members directly. .  The issue came up after several heated and controversial city council sessions last year.  His suggestion reflects the change to district elections, with each Councilmember representing a specific community instead of the city at large

The council tabled final consideration and a decision on the ordinance until a future Council meeting.

I completely agree with Councilman Steve Goble, Mr. McCormack knew he was profiting from an illegal business - and it is his responsibility to know. I hope that the council will remain strong on the issue of fines as well. It sends the wrong message to adopt an ordinance that includes fines, then back down on collecting the fines. Penalties need to be consistent to be meaningful and send the message of preventing other businesses from breaking the law.
Indeed miriamg. Same with riding bicycles on the sidewalks. Also, skateboarders are supposed to yield the right of way to pedestrians. But as many of us folks out walking know for a fact, there are many violations on a routine basis, with an apparent serious lack of enforcement. The sidewalks have become dangerous to one's health, which is ironic, because we usually walk for the health benefits.
I think the city absolutely made some good rules / laws here, but who will enforce the 'no riding on sidewalks' portion? People riding bicycles do it frequently and there seems to be no police enforcement. I've witnessed on many occasions a bicycle rider (adults and kids alike) zipping along with zero regard for pedestrians, including myself who has nearly been hit numerous times over the years (this applies to uncaring skateboarders as well) and no police officer stopping to do anything about this blatant violation as they drive past. Very frustrating to say the least :-( I'll be glad to eventually see the broken down units taken off the streets (hopefully) because they are becoming nothing more than litter. The homeless seem to commandeer the dockless bikes to use for whatever reasons they have, after dismantling the locking mechanism, thus stealing the equipment. Time will tell if these new rules / laws are effective.