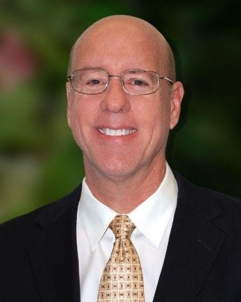 City still has $200,000 in rental, mortgage and utility assistance funds for residents in need
By Kendra Sitton
December 23, 2020 (El Cajon) — A proposal to give air filtration systems to low-income households put forward by El Cajon City Councilman Steve Goble failed to move forward in a special City Council meeting, where no one seconded the motion.

If it had moved forward, funds from Community Development Block Grant could have been allocated starting in January to develop a pilot program to give air filtration units to overcrowded apartments as a preventative measure to stop the spread of COVID-19 within households that cannot isolate from each other in case someone tests positive.

The other City Council members had several issues with this use of taxpayer money. Specifically, they disliked that there would not be a good way to study if it was effective, since it is not something other cities have tried.
The Environmental Protection Agency is supportive of air purifiers in households. but the city’s health advisors cautioned that they should not be relied upon to prevent spread.
“The health advisors could not support that idea, because they said, ‘We don't want people to get a false sense of security.’ And so, I'm disappointed that they don't include that as a recommendation, especially with the number of cases being caught from a household member. What is there to lose?” Goble asked.
Two other Council members wanted to preserve as much funding as possible in the community block grants to go towards mortgage, rent and utility payments before the end of the eviction moratorium.
In the current rent, mortgage and utility assistance fund, there is still $200,000 waiting to be distributed with more funds expected to be added if Congress passes another COVID relief bill. Some members called for better outreach to have immigrant and undocumented households apply.
The Community Development Block Grant was specifically allocated to assist low-income households. It cannot be used in business relief programs, as one commenter requested.
The air filtration program would have cost $50,000 with the potential to deliver close to 100 units since each unit costs $520. Homestart would have been contracted to distribute the units starting as early as late January at a cost of approxmately $7,500, according to Councilman Gary Kendrick.
With a vaccine on the way, other Council members raised concerns about the effectiveness of slowly rolling out the units. with herd immunity expected soon through the vaccine,though that will likely take months, according to medical experts. Another Council member raised concerns about the costs of buying new filters and increased energy bills being put on low-income residents. In addition, there would be the temptation to sell the units to pay for rent or groceries.
According to Goble, in 39% of El Cajon’s coronavirus cases in the first two weeks of December, patients said another member of their household tested positive first. El Cajon has one of the highest case rates in the county, something Goble and others attributed to overcrowded housing with multigenerational families.
Another public commenter gave a scathing indictment of the Council for looking into a program not supported by experts instead of calling for public safety practices experts have suggested like wearing masks and socially distancing.
“I haven't seen any recommendations from the experts on purchasing air filter systems to reduce the spread and those are very expensive systems. The scientist and healthcare workers still recommend wearing masks and keeping a safe distance from others and practicing frequent hand washing. I haven't seen any of these recommendations being encouraged from the city officials yesterday. Yesterday's event shown on the news had groups of people without masks and not practicing social distancing. Restaurants and businesses are being encouraged to open and people are not following these guidelines,” Carol Lewis said.
The commenter worried about lack of masks and social distancing compliance was referring to the “All I Want For Christmas is Freedom” rally held in El Cajon with several prominent GOP speakers including Mayor Bill Wells, Congressman-elect Darrell Issa and State Senator Brian Jones. Rally speakers urged the reopening of schools, businesses and places of worship.The crowd was mostly unmasked and at least one speaker urged mask removal, in direct contradiction to the advice of public health officials at the county, state and federal levels.
Mayor Bill Wells has come under fire for saying the city will not enforce COVID rules from the county and state of California. In November, he wrote an op-ed about how the police in El Cajon have not issued any citations regarding those rules. County data shows El Cajon has a significantly higher case rate than other zip codes in the region, though the Mayor has attributed that largely to senior care facilities. However, the lack of enforcement of business shutdowns in El Cajon, or even masking requirements for businesses, has been sharply criticized by county public health officials. The other four Councilmembers have been silent publicly on the enforcement issue.
In comparison, during the Hepatitis A outbreak, the city, with support from Wells, banned feeding the homeless and arrested a dozen activists who challenged the ban by distributing food at Wells Park.