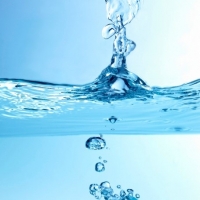 The recommendation authorizes the City Manager to executive a Memorandum of Understanding (MOU) with Padre Dam, Helix Water District, and the County of San Diego for the study.  Council also appropriated $50,000 from the city’s water waste fund for its share of participation in the $275,000 study.

Deputy Director of Public Works, Dennis Davies stated, “If all goes well and the study proves it’d be cheaper and more economical” the city could have water treatment from Padre Dam in the near future.

Mayor Bill Wells asked Davies if any other East County city is a participant. Davies advised that Santee is also in the study.

Ambrose shared his views. “I think this would be an excellent opportunity for the city. I’m in the favor of the study.” Wells agreed.

Councilmember Star Bales was also in favor. “I like this. We’re in a drought right now.”

Mayor Pro Tem Gary Kendrick concurred and Councilmember Bob McClellan saw this as “a way for the future.” McClellan then made a motion to follow all that was recommended. Bales gave a second. The vote was 5-0.

Now Padre Dam is waiting for the County of San Diego’s approval of the MOU for their participation in the study. Once that’s done, Padre Dam will hire a consultant to do the study, which will take a year to complete.  The study is expected to begin this fall, examining long range costs among other factors.