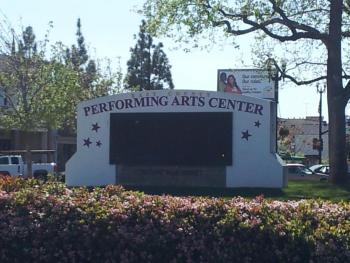 July 17, 2013 (El Cajon)- At the July 9 meeting, El Cajon City Council unanimously voted to authorize the city manager to issue a formal request for qualifications to hire an architect to prepare and provide construction documents ready for bid on renovations to reopen the East County Performing Arts Center (ECPAC).

According to Ray Lutz from Citizens Oversight, who also organized a Save ECPAC group last year when the theater was threatened with possible demolition, “This is the best news we have had on this issue for over a year."

He added, "It is slow progress, but at least they are well past talking about demolishing  the theater. The money being used for this project is a ‘one time money’ from the sale of the former police station on Fletcher Parkway.”

When City Manager Doug Williford updated the Council on this item, he told them, “In my view, this is the last best improvement of El Cajon.”

Lutz  was  first to speak, voicing support for reopening the theater. “Wow, great thing! I have a couple minor details to address. First, time is of the essence. We have to do real work here…With community outreach, there’s not enough. We need to get the community involved,” he said, adding that Council should also schedule the architect’s plans for review.

Eva Tanonis, El Cajon resident for the last four years, also spoke in favor. “I have always been enthusiastic and supportive of the arts. I like your plan.”

After Mayor Mark Lewis made a motion, Councilman Gary Kendrick voiced his support as well. “I want a great theater. I think this plan delivers on that.”