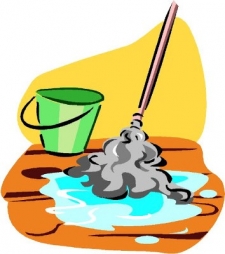 Because the city has been preparing to switch to a private contractor for custodial services for some time, no existing city employees will be laid off, according to a press release issued by the city.  Instead, impacted employees have been retrained and transferred to other positions within the city that had been vacant for some time.

As a result, none full-time city positions have been eliminated from the budget, or will be in the near future.

The contract with NMS Management is for one year, with an option to renew for four additional one-year periods.

The action was motivated by the city’s goal of cutting costs and increasing efficiencies. The City Council will continue to explore opportunities to streamline services provided to the public, the City press release indicates.

Councilman Gary Kendrick said the money saved will be used to pay down pension debt so that "we can keep our promises to the taxpayers and to our employees. My understanding is that all but two employees got raises of about $2 an hour, and all of the employees were happy," he added noting that those workers transferred to the landscaping department, filling vacancies there, after consulting with the union.