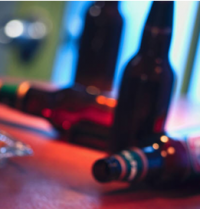 August 28, 2013 (El Cajon) – A century ago, one of the first actions of El Cajon’s City Council was to outlaw saloons due to concerns over negative influences of alcohol on the community. Those restrictions were later relaxed.  But yesterday, Council once again voted to restrict sales of alcohol, over the objections of local merchants and the East County Chamber of Commerce.

“We tried voluntary compliance in the past,” Councilman Gary Kendrick told ECM in an interview in January. “Take a walk through El Cajon and you can see it’s not working.”  According to Kendrick, about 80 to 85 of the homeless in El Cajon have alcohol or drug dependency—and the city has a police officer who spends 20 percent of his time on alcohol related crime.

The ordinance would prohibit new, smaller stores selling alcohol from opening within most areas of the city, allowing such establishments only in areas where the crime rate is lower and where the state says there is room for more alcohol sales. Currently only Fletcher Hills and Granite Hills meet those requirements.

The city could, if it chooses, charge a fee for alcohol sales.

The law will not apply to bars, restaurants, or largers stores in which alcohol comprises less than 10 percent of sales.  Existing smaller stores can continue to sell single-serve alcohol containers, but penalties can be assessed to stores that violate laws prohibiting sale to minors or repeat alcohol offenders.

The measure drew opposition from the Neighborhood Market Association.  President/CEO Mark Arabo, in a press release sent prior to the decision, sought to “strike a deal” to amend the measure.

“We need to find a sensible balance between public safety and maintaining a healthy business climate. We are asking the El Cajon City Council to collaborate with the business community and adopt the changes we have recommended,” he said. “As a lifetime resident of the East County community, I love this city and want only the best for it. Let’s work together and make El Cajon the best city it could be. Let’s strike a deal and bring more jobs to El Cajon!”

Arabo has indicated that a lawsuit may be filed to challenged the ordinance in court, U-T San Diego reported.

More than 250 people packing the Council Chambers for a three-hour hearing.

Despite the opposition, Councilman Kendick stood by the measure. When do we say enough is enough?" he asked "When one child's life is ruined? When 50 mothers check their children into rehab?”  He concluded, “Let's make a change, and a change for the better.”