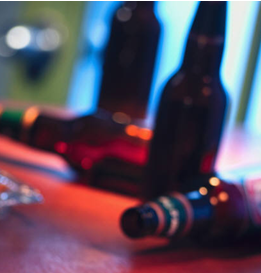 April 10, 2015 (El Cajon )—At Tuesday's El Cajon City Council meeting, the City Council will discuss a proposal for a ballot initiative to crack down on alcohol sales to minors and chronic drunks, as well as potentially ban sales of powdered alcohol.

“My goal is to make this the strongest law in the United States to stop sales of alcohol to children and serial inebriates,” Vice Mayor Pro Tem Gary Kendrick told East County Magazine.

Kendrick authored the city’s alcohol ordinance that has been on the books since 2013, allowing the city to revoke a permit to sell alcohol if a business repeatedly sells to minors and chronic drunks on a list provided by the city.  The law banning sales to serial inebriates applies only to retailers selling liquor in designated containers, not to restaurants, breweries or bars that serve by the glass.

The city’s “deemed approve” ordinance has withstood a court challenge and according to Police Chief Jim Redman, “In 2014, we saw a reduction of 34 percent in sales related to public drunkenness and a 93 percent reduction of minors in possession of alcohol – that’s huge,” Fox 5 news reported.

But a a new report compiled by Mayor Bill Wells and City Manager Doug Williford points out that stings by El Cajon Police since the law was enacted found that of 66 liquor outlets investigated, 18 of them, or 27 percent, were caught selling alcohol to minors.

Wells and Kendrick contend that more needs to be done.   The Mayor told UT San Diego, “We want to lock in a strategy that will protect the city from unscrupulous vendors and make it very, very difficult to overturn.”

City leaders are getting some support from a former opponent of the deemed approved ordinance.

Mark Arabo, President and Chief Executive Officer of the Neighborhood Market Association (NMA)  issued a press release announcing that the NMA supports El Cajon’s plan to put the alcohol ordinance on the ballot. Moreover, Arabo states the NMA will ban any members who do not abide by El Cajon’s alcohol law.

He praised city leaders for working together with the small business community and said the NMA proactively works with its members and the community to ensure the “highest standard of compliance.”

Arabo further proposes making the ordinance even stronger by adding a provision to make powdered alchol sales illegal. Powdered alcohol , just recently authorized by federal regulators for sale in the U.S., is highly concentrated, designed to be mixed with alcohol. Some health authorities have voiced fears that it could misused such as providing it to minors, spiking drinks or smuggling it into venues where alcohol is banned.

Kendrick says he, too, supports banning powdered alcohol and has already discussed the prospect with the city manager.

He praised Arabo and the NMA for supporting the initiative, stating, “I am especially appreciative of his commitment to ban any members who do not abide by the alcohol laws of the city of El Cajon.”  Kendrick added that he hopes to see Arabo be a “major contributor to the campaign to pass this new initiative.”

Stores that don’t follow the law may be shut down permanently, Kendrick hopes, while law-abiding stores will pick up extra business on legitimate sales from competitors forced to close their doors.  He concludes, “The bad stores will lose out on this; the good stores will gain. That’s the way it should be—and everybody wins.”

All five council members will first need to weigh in at Tuesday’s meeting, which will be held at 3 p.m. in City Hall 200 Civic Center Way in El Cajon.  A press conference is planned prior to the meeting at 1:30 in front of the police station, where the Mayor is expected to unveil details of the proposed initiative.