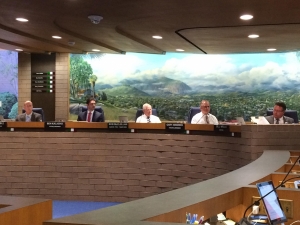 May 30, 2017 (El Cajon) – El Cajon’s City Council had a packed agenda Wednesday at its 3 p.m. meeting, taking actions including: 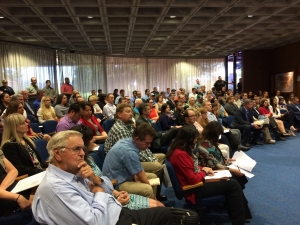 The meeting began with a tradition that ex-Mayor Mark Lewis began and Councilman Ben Kalasho revived, inviting a member of the public  to lead the Pledge of Allegiance, with Deputy Director of Administrative Services Brett Channing leading the pledge shortly before announcing that he is leaving El Cajon.

Councilman Steve Goble mad a motion co-sponsored by Councilman Gary Kendrick to ask staff to prepare a report on creating the housing navigator position to offer individualized help for homeless people through Crisis House, with an aim toward helping more homeless people find housing. (See article on this issue in the Union Tribune.)   Councilman Bob McClellan said he may only vote for a final measure if it includes drug testing of recipients, but the measure to have staff create a report passed 5-0. 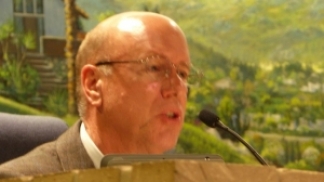 Council also addressed complaints raised by new Councilman Kalasho, who has sought to put many more items on the agenda than Council has customarily heard in the past.  Council voted 4-1 for what Kendrick called a “prioritization ordinance” but which Kalasho denounced as a “muzzle ordinance.”

The measure, passed 4-1 with Kalasho opposed, would require holding two public town hall meetings a year where any El Cajon resident can propose agenda items and Council will prioritize what gets on the agenda.  This replaces an earlier proposal that would have required two Council members to agree in order to get anything on the agenda. Kalasho, the only Democrat, had characterized that as a partisan effort to silence his views and the concerns of his constituents. 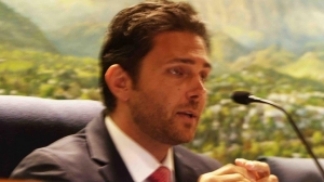 In addition, Council heard a presentation by Maureen Stapleton, general manager at the San Diego County Water Authority, who gave a slideshow presentation on our current water situation. Water supply has improved significantly thanks to the winter rains and the Governor has declared an end to the drought.  Stapleton also discussed SDCWA’s lawsuit against the Metropolitan Water District and suggested rates are impacted the MWD spending water on questionable expenditures including buying five islands in the delta.  Asked why, one official said “We don’t know,” she told Council. “What public agency buys property without an appraisal?” she asked, then urged Council to ask hard questions of appropriate officials and influential people. 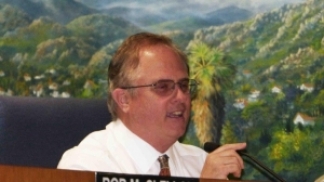 Earlier at  that 3:00 meeting, public information officer Monica Zech announced that 20,000 people came out on the hottest May 20th in El Cajon’s history for the 2017 America on Main Street.  “When the sun went down, it rocked,” she said.

Councilman Kendrick stated, “What struck me was all these smiling faces. I heard every language in the world…the more activities we have, the more we make them part of our world, the better.

She also thanked major sponsors including Waste Management, which helped sponsor a giant slide. “Hundreds of children and adults enjoyed this slide all day,” Zech said. She also thanked Downtown El Cajon Business Partners for its fourth year of partnership for sponsoring a stage at Prescott Promenade with major bands, as well as Barona and Sycuan for sponsoring the Centennial Plaza stage that included ethnic and youth performing groups with energetic music as well as a naturalization ceremony for new U.S. citizens.  Parkway Plaza hosted yet another stage, the Premier, with big bands and ethnic performances.

The City of El Cajon Teen Coalition sponsors an annual “Youth of the Year” award to recognize those youth who go above and beyond in serving their community through their leadership abilities and/or dedication and commitment to community service in El Cajon. All nominations are reserved for youth who are residents of the City of El Cajon or attend a school within the city limits of El Cajon. 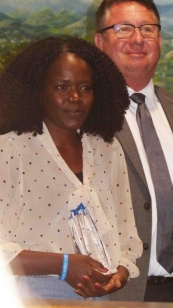 “After careful judging by members of the Friends of the East County Arts group, I am pleased to announce the top three winners of our annual America on Main Street poster contest.,” Zech added.

During public comments at the 3 p.m. meeting, Andrew Zeehandelaar, JD, told Council how he used a drone to gather evidence of an illegal marijuana dispensary.  See ECM’s article on this. Council praised his efforts and indicated an investigation is ongoing.

Stephanie Harper questioned values listed for used vehicles being put up to sale as surplus property, and whether some might be kept in service longer to save money.   The City Manager indicated the vehicles are 10 to 15 years and that this is standard practice among cities to avoid repair costs or breakdowns.

William Kennedy complained of losing a bicycle rack and asked when the East County Performing Arts Center will reopen. Mayor Wells responded that he hopes it will be open by the first quarter of next year. (The city is currently negotiating with Live Nation to run the theater and has completed roof repairs.)

At its later 7:00 meeting, the El Cajon City Council adopted boundaries for four city council districts in the follow-up to Measure S.  See ECM’s article on the redistricting here.

Recycle establishments play a big roll in maintaining a good portion of the homeless population in my section of El Cajon; encouraging their customers to rummage daily throughout the downtown area in search of empty plastic bottles and aluminum cans. Perhaps it is time the Counsel consider banning or discouraging these establishment from catering to the "walk-up" customer.
The need for the agenda item to silence Ben's views and the concerns of his constituents is about the worst thing I have seen council and the mayor do so far. Ben is doing his job and it may make the rest of them do their jobs so this is what they do. We as a community need to raise up against this bullying and fight for our right to have representation that listens to us the citizens. I believe the only way this is going to happen is if we vote BILL WELLS out of office !!