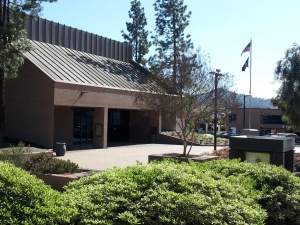 The estimated cost of the renovations is $2.92 million, significantly less than the original $4.7 million projected back in 2010.

Council will invite bids that would be opened on May 7th.  The project architect will be Mosher Drew.

Ray Lutz, founder of Save ECPAC, called news that the city is poised to finally approve renovations “fantastic.”

But he voiced concerns over the constitutionality of a partnership with the Rock Church that the city has been weighing. Lutz opposes a long-term lease between the City and Rock Church that would tie up the theater from use by other groups, but adds that the church has the right to rent the facility on equal terms and conditions as any other user.

Since a recent meeting on pricing/negotiations with Rock Church was in closed session, it is unclear whether the renovation funding hinges on approval of a deal with Rock Church, which had proposed to use the theater all Sundays and many other dates as well.

“For now, we should be overjoyed that they are finally going to sink some money into the theater to fix it up for reopening,” said Lutz.  But he added in an e-mail sent to members of the watchdog group Citizens Oversight that while , “If they try to ink a long-term lease deal with the Rock Church, then we will file a lawsuit to prevent the takeover.”