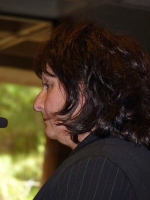 August 26, 2010 (San Diego’s East County) – Citing concerns over a recent audit report, the El Cajon City Council voted 4-1 to extend funding for the El Cajon Community Development Corporation for six months instead of the full year. While the Mayor expressed confidence that a new director has agreed to correct problems identified in the audit, some Councilmembers warned that the City could exercise the City’s 30-day right to terminate the ECCDC’s contract if their concerns are not adequately addressed.

The audit report, conducted by Scott Barnett Consulting, compared ECCDC’s practices with other community development corporations and business improvement districts. While the report praised the ECCDC for “providing valuable services for the community,” and conducting “many downtown enhancement tasks extremely well” , it also found fault with accounting and other practices.

The audit found the ECCDC has “confusing, convoluted and at times non-transparent budgeting and management practices.” It further suggested that the city take direct control fo some ECDC programs, particularly housing redevelopment and grant awards, or consider assigning them to other service providers.

“The report does not provide evidence to support this recommendation,” a letter from ECCDC to the City responded. ECCDC also denied that oversight procedures, transparency practices and budgeting practices need revamping and disputed additional points in the report.

ECCDC has taken steps to address some concerns raised in the audit. A missing tax form from 2008-09 has been filed. Minutes of executive committee meetings will be taken in the future and reported at Board of Director meetings. The ECCDC Board will also consider adoptiong a politcy prohibiting employment of relatives, in response to criticism of a former CEO hiring his spouse to be the Clean and Safe Manager.

Councilman Bob McClellan proposed that the ECCDC be funded for only three months while Council determines whether ECCDC is adequately addressing concerns raised in the audit. Several members and members of the public called for a blue ribbon commission to make recommendations.

But ECCDC president and CEO Cindi Fargo, hired just this summer, argued that any funding short of full year would threaten projects ranging from the Clean and Safe neighborhood cleanup program to recruiting new businesses to downtown. “If you want to interrupt the filling of vacant spaces, so be it…but that’s not the position I want to be in,” she said. “While you look at the financial statements and we answer concerns, do not make the mistake of suspending funds for activities.”

John McTighe, chairman of the ECCDC, also testified. “You can’t pay money unless you have a contract,” he said. “If you don’t go forward, you have basically crippled the redevelopment in downtown El Cajon.”

Mayor Lewis asked McTighe if he would provide a report to staff and Council by the first quarter. “Certainly,” McTighe replied.

Mayor Lewis argued for full funding, noting that the City has the right to terminate ECCDC’s contract with 30 days notice if warranted. But he expressed confidence in Fargo’s abilities, adding, “We’re not going to have problems in the future, I guarantee it…We will hold them to their word that they will take corrective action.”

Funding has already been suspended for a month and a half, pending Council action.

Councilman Gary Kendrick proposed a compromise: funding the ECCDC for six months. His motion passed 4 to 1, with the Mayor voting against it.