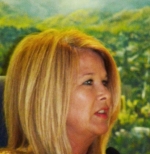 Council will determine whether to appoint someone to fill the vacancy between now and the November election, and if so, whether to accept applications and conduct interviews prior to selecting an appointee.

If the vacancy is filled by an appointment, the appointee could opt to seek election in November, when Hanson Cox’s term of office runs out and would serve until the election winner is sworn in, City Attorney Morgan Foley told ECM.

Some community members have voiced concerns in Facebook posts and e-mails on local list-serves stating that the procedure be open and transparent, to assure that all qualified applicants will be considered and to avoid the potential for cronyism.

Another option would be to hold a special election, however that option is unlikely to be chosen due to the nearness to the end of the term, when an election would occur anyhow.
Until a successor is named, the Council is left with four members, facing the prospect of a divided vote.

The long-time Councilwoman resigned following an FBI search of her home and office at Century Design, where she worked as a controller.

In her resignation letter, she wrote that Recent events have given rise to a burden and demands on my time that would possibly detract from the time necessary to continue my commitment to the City and my constituents,” as ECM previously reported: http://eastcountymagazine.org/node/8920 .