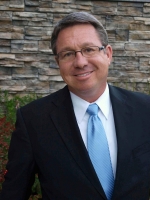 April 15, 2010 (San Diego’s East County) – Less than two years after winning election to the El Cajon Council, conservative Bill Wells is running for the 77th Assembly seat being vacated by Joel Anderson. (Anderson is running for the State Senate). Wells is among three candidates in the Republican primary in June, along with Santee Vice Mayor Brian Jones and Christine Rubin, educator and political communications professional. The winner will face off against Democrat Mark Hanson in the November election.

If successful in winning election, Wells will leave an open seat which will be filled via appointment of his successor by the remaining El Cajon Council members.

“When I first started in politics, I didn’t expect to run for office,” says Wells, whose initial public service was as a volunteer and later, chair of the Citizens Bond Oversight Committee for the Grossmont Union High School District. He later served as El Cajon Planning Commissioner before his election in 2008 to the El Cajon Council, where he currently serves as Mayor Pro Tem.

Wells says he soon discovered that “no matter how many good ideas we have at the city level, when the state is raiding the budget, I realized that if we want significant change it would have to be made at the state level.”

A fiscal conservative, Wells strongly opposes new taxes and has spoken out at Tea Party events against what he views as excessive taxation. On his website, he criticizes politicians in Sacramento for “a political addiction to spending and in many cases abandonment of common sense.”

In an interview with East County Magazine, Wells said he would suspend AB 32, the state’s version of cap and trade, for two years. (AB 32 would cut carbon emissions to 1990 levels.) Noting that other countries are not cutting embracing cap and trade, Wells says,”We should wait until the budget is more sustainable and two, other countries come alongside us.” He believes AB 32 puts a burden on businesses and taxpayers. But he does support “thoughtful conservation efforts” including “supporting clean energy as long as it does not create a burdensome, unfunded mandate.”

Conservative on social issues, Wells is a long-time member of Skyline Church. “Our nation was established as a Christian nation,” he said in a 2008 debate among Council candidates. He supports Proposition 8 banning gay marriage, opposes abortion under all circumstances, and is a strong supporter of the second amendment right to bear arms.

Asked his views on fire protection for our region, he did not provide details but observed, “Some organizations are fraught with waste and abuse, but public safety is one of those areas where you just can’t cut.”

He has likened the Obama healthcare plan to “socialized medicine.” Wells, who has worked in clinical administration at a psychiatric facility serving mental health patients, believes incentives should be offered to encourage hospitals to reduce expenses by diverting some patients to “more appropriate programs” such as addressing alcoholic addiction, homelessness and mental illness. He cites the case of one mentally ill man who was hospitalized four times in one day. “Every time he was picked up by ambulance,” he said adding that the cost was $45,000 for the day.

Wells’ tenure in public offices has not been without controversy. The Union-Tribune noted that as chair of the GUHSD Citizen Bond Oversight Committee, “on his watch, the panel was in violation of state laws for not having a taxpayer representative on board,” adding that the committee seldom met. “On his watch, construction funds seemed to disappear with paperwork woefully lacking.”

In a debate among Council candidates in 2008, Wells had pledged to bring new businesses to downtown El Cajon, called for construction of a hotel and cited concern over “too many empty buildings.” Hard hit by the recession, the City still has multiple shuttered storefronts; recently even the Salvation Army pulled out due to lack of traffic in El Cajon’s downtown district. Wells also called for privatization of city parks and layoffs of employees to balance the budget, adding, “The role of City Council is to protect the public from government.”

Watch for upcoming profiles on all candidates in this race.

Very interesting article. There is also found something

It was interesting to learn more about the aims of the Councilman , pledging new businesses to downtown El Cajon. As new candidates try to take the place, we just have to wait and watch, what way they can serve us. East County is awesome with the informations. I'm really glad I came across this site. Carlton Woods Homes for Sale