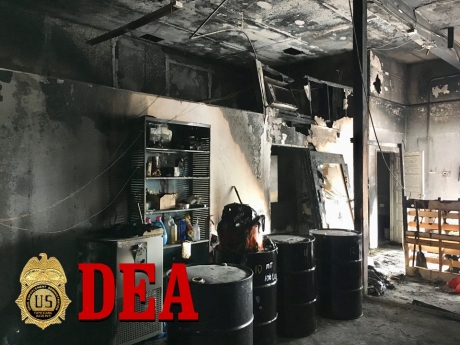 May 17, 2019 (El Cajon) – Last night’s major fire at 920 El Cajon Blvd. in El Cajon was caused by an explosion at an illegal hash oil extraction lab which caused burn injuries to one victim. The explosion occurred less than two weeks after a hash oil lab exploded in Mira Mesa, seriously injuring three people.

So far this year, 19 hash oil labs have been dismantled by the Drug Enforcement Agency’s Narcotic Task Force, according to a press release issued by the DEA. 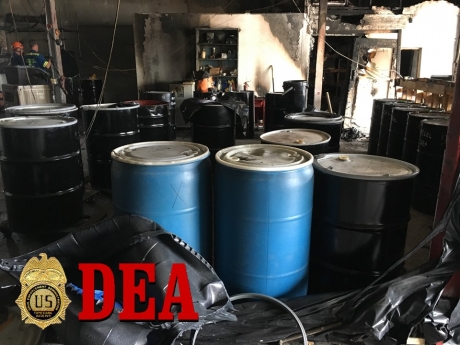 “Hexane is a highly flammable liquid and its vapors can be explosive. A mere spark of static electricity can ignite an entire room,” a press release from the DEA states. “This quantity of hexane could have caused extensive damage to the community, had the fire department not been able to extinguish the fire quickly.”

The building sits immediately adjacent to the San Diego trolley tracks, borders a business and sits off of El Cajon Blvd, a very busy thoroughfare that had to be shut down for approximately seven hours last night.

Extraction is the process of removing THC, the active ingredient in marijuana, from marijuana plant material using a solvent. The final product, a concentrated oil, can be up to 90% pure. Hash oil is often consumed in e-cigarettes and vaporizers, found in edible products like cookies, brownies and gummy candies; topicals/ lotions, tinctures, capsules, and patches.

“Manufacturing concentrated THC products pose an inherent threat to public safety due to the flammable solvents utilized in the extraction process,” said Special Agent in Charge Karen Flowers. “The labs DEA NTF are encountering are more sophisticated, commercial laboratories than those encountered in past years and the numbers are increasing.” 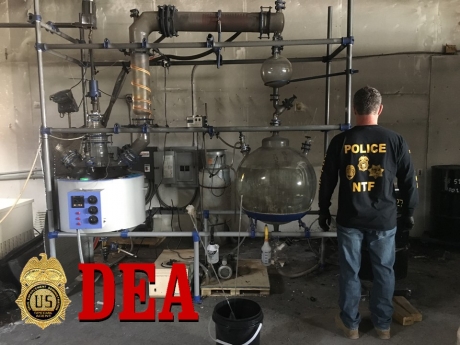 This laboratory was operating in violation of both federal and state laws. No arrests have been made at this time and the investigation is ongoing.

If you are aware of an illegal hash oil extraction laboratory in your neighborhood, you can notify DEA at (858) 616-4100.

Make recreational drugs legal. Employers would still be able to screen people when needed for certain jobs. I don't care if the cashier at a store or restaurant smokes pot or hash.