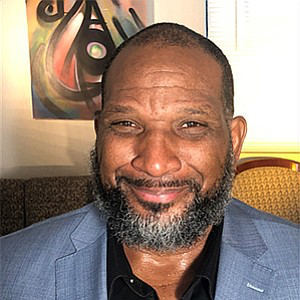 March 17, 2019 (El Cajon) – El Cajon resident Bishop Cornelius Bowser will be honored as a Community Hero for his leadership efforts to reduce gun violence. Bowser is among the winners to be recognized by the  National Conflict Resolution Center (NCRC) atthe 31st Annual Peacemaker Awards Dinner on Saturday, April 6 at 5:30 p.m. at the Hilton San Diego Bayfront. The theme of this year’s event is “Celebrating Human Dignity” honoring individuals and organizations dedicated to peacemaking in their own neighborhoods and around the world. The inspiring event shines a bright light on the importance of civility, peacemaking and social justice in a world filled with conflict.

Event proceeds will support NCRC’s groundbreaking work to unite people, cultures, and organizations through civility and inclusive communication, such as its Avoiding the Pipeline to Prison initiative. This innovative partnership with regional law enforcement and education leaders uses restorative justice practices to keep at-risk youth in school and out of detention facilities, reducing public spending on costly prosecution and incarceration. Former regional head of Cox Communications and community leader Bill Geppert will be the event’s emcee.

“National Conflict Resolution Center educates, encourages and inspires our community to apply effective, inclusive communication and conflict resolution skills in every aspect of life. Although conflict can be painful and destructive, it also brings opportunities for growth through improved understanding and insight,” said NCRC President Steven P. Dinkin. “This year’s event will continue our tradition of honoring remarkable changemakers who are providing innovative and collaborative solutions to some of society’s most pressing issues.”

Father Gregory Boyle is founder of Homeboy Industries based in Los Angeles. Homeboy Industries is the largest gang intervention, rehabilitation and re-entry program in the nation. Father Boyle is being honored for his work focusing on the most hardened gang members and ex-cons while pioneering passionate restorative practices that help heal lives and restore communities.

Father Boyle is the author of the New York Times® bestseller “Tattoos on the Heart: The Power of Boundless Compassion,” the Best Books of 2010 by Publishers Weeklyand recipient of the PEN Center USA 2011 Creative Nonfiction Award. He is the subject of the Academy-Award® winner Freida Lee Mock’s 2012 documentary, “G-Dog.” He also received the California Peace Prize and has been inducted into the California Hall of Fame. In 2014, the White House named him a Champion of Change. Additionally, he received the 2016 Humanitarian of the Year Award from the James Beard Foundation, the national culinary arts organization.

Philanthropist Malin Burnham will be honored this year for exemplary leadership through visionary philanthropy with a passionate commitment to community before self. Burnham is one of the region’s most renowned philanthropists and business leaders. He has served on two dozen boards and committees, and he had a direct hand in bringing the America’s Cup races, the USS Midway Museum, and the U.S. Olympic Training Center to San Diego County. Burnham’s charitable and civic involvements include The Malin Burnham Center for Civic Engagement at the San Diego Foundation, the Sanford Burnham Prebys Medical Discovery Institute, and the Burnham-Moores Center for Real Estate at USD, just to name a few. He is also the author of the book "Community Before Self: Seventy Years of Making Waves."

In January 2017, the local initiative, Community Heroes was established to honor ordinary individuals who give selflessly to benefit their community and have actively made it a better place. Nominations for heroes from the public reflect current topics ranging from health to poverty, from inequity to the environment. Four heroes are chosen annually and are selected for their service and selflessness, showing a commitment to effectively collaborate with those around them and who also reflect the diversity of our region.

This year’s honorees include:

Guests may arrive early for cocktail hour to mingle with San Diego community leaders, as well as the honorees. The dinner and program will begin promptly at 7 p.m. followed by a “raise the paddle” fundraising activity.

The first National Peacemaker Award was given in 2005 to Ruth and Judea Pearl, the parents of slain reporter Daniel Pearl, for their efforts to build bridges between cultures and avoid the types of conflicts that ultimately led to their son’s death. Past National Honorees have included such prominent figures and organizations as, Congressman John Lewis, Presidential Adviser David Gergen, Actor Richard Dreyfuss, former Senator George McGovern, University of California President Janet Napolitano, and San Diego philanthropists Bill and Lori Walton.

Sponsors for the 2019 Peacemaker Awards Dinner include:

National Conflict Resolution Center (NCRC) provides the resources, training and expertise to help people, organizations and communities around the world manage and solve conflicts, with civility. Built on the principle that every dispute has a solution, NCRC serves a variety of communities in both the public and private sectors – regionally, nationally and internationally. The organization’s mission is to resolve issues with the highest possible degree of civility and equitability to all parties involved.

NCRC was founded in 1983 by the University of San Diego Law Center and the San Diego County Bar Association. With more than 35 years of experience and over 20,000 cases managed, NCRC is recognized as an international leader in mediation instruction and conflict resolution. To learn more, donate or volunteer please call 619-238-2400 or visit www.ncrconline.com. Connect with NCRC on Facebook, Twitter and Instagram.