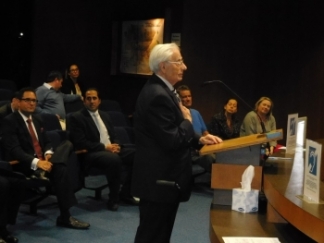 February 8, 2017 (El Cajon) -- The owner of East County Mortuary says he will appeal the Planning Commission’s denial of his application to open a crematorium in an El Cajon industrial park.

On Feb. 7, the Commission voted 3-1 to deny the crematorium and approve findings by the city’s planning staff that the crematorium wasn’t compatible with the manufacturing uses in the zone.

The vote denies owner Robert Zakar the conditional use permit needed to convert a 12,000 square foot, vacant building at 1150-1168 North Marshall Avenue into a crematorium.

Planning commissioners expressed appreciation for the service Zakar provides, but the majority said the business would be better suited in a different location.

“This is about land use,” said Vice Chairman Darrin Mroz. “It’s not about whether we think Mr. Zakar is doing a great thing.”

Commissioner Paul Circo, who cast the lone vote against the motion to deny the permit, suggested the issue be continued to allow Zakar and city planners to come up with an alternate site for the business. The suggestion wasn’t supported by his colleagues. Chairman Anthony Sottile was absent. 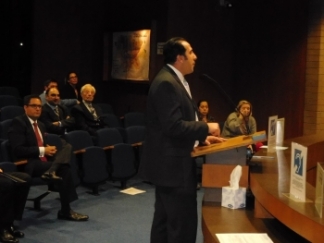 Zakar (right) has until Feb. 17 to file his appeal that will be decided by the City Council. He said up until a few weeks ago, city staff gave the impression that they would recommend approval of the business.

In his presentation to the commission, Zakar said there is a clear need for a crematorium in East County, where no such facility currently exists. The closest crematorium that he can use is in Vista, about an hour’s drive away. Most mortuaries do not do cremations, and must outsource this process, Zakar said.

That fact usually causes more stress to families on top of what is obviously an already painful situation, Zakar testified.

“They often ask me `Why is my loved one being moved around like a package?’ and I have to explain to them that I have to source that out,” he said.

Zakar said San Diego County has only five crematories compared to 27 in Los Angeles County, and 13 in Orange County. Some of the crematories in San Diego are corporate facilities that cannot accept bodies from independently owned mortuaries, he said.

Cremation is a growing trend for many families mainly because of its much lower cost compared to burials, Zakar said. He noted that recently it’s the choice of more than 70 percent of the national population, and more than 60 percent of Californians.

“This is something that this community is now under served, and is being overcharged for,” Zakar said.

All 11 speakers at the meeting supported the project, including 96-year-old former State Sen. Wadie Deddeh, who represented East County both in the California Assembly and Senate for a combined 26 years.

“Eventually we will all be gone,” Deddeh said. “I respectfully ask this body to give Mr. Zakar the things he’s asking for that he does professionally.”

Zakar and others testified that the technology used in crematoriums has vastly improved over what was used in the past, and that emissions do not contain any particulate matter or smell.

In 2011, San Diego County shut down an aging crematorium that was operating near Lake Jennings after numerous complaints spanning years. After residents brought video to media showing visible emissions, the County made findings of health hazards to the public. The facility was near a Jack in the Box fast food outlet.

Michael Burwell, who designed the equipment used at crematoriums at UCSD and other locations, said the technology for the proposed local facility is state of the art, and includes sensors to halt the process should any malfunction occur.

“I build the best piece of equipment on the market,” Burwell said.

While most commissioners seemed convinced that emissions weren’t a negative factor, they were also concerned that the facility could be taking away space that might be better used for manufacturing or light industrial operations.

“The location for me is a little tough for me to overcome,” Mroz said.

However, Circo said given the zoning available, siting a crematorium in an industrial location seems to make the most sense.

Zakar said after the meeting that city planners told him to find a location within industrial zoned areas, and he did. So he expressed frustration about the denial they recommended. He said he doesn’t plan to change the presentation to the Council when his appeal is heard.

“I won’t change a thing. I spoke from the heart, and I spoke the truth.”