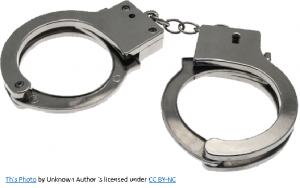 January 22, 2021 (El Cajon) – El Cajon Police officers conducting a traffic stop in the 1200 block of Main Street led to the arrest of Neil Alequin, 37, of El Cajon on numerous charges of possessing illegal weapons and drugs.

“Alequin who was on probation at the time of his arrest, has an extensive criminal history,” says Lt. K. MacArthur.