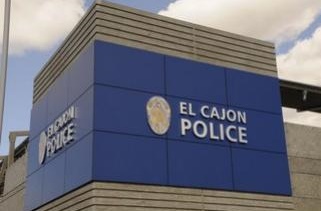 May 25, 2016 (El Cajon) – An Uber driver arrested for sexual assault in El Cajon in March now faces charges as a serial rapist.

Sanchez was released on bail two days after his March 29th arrest for sexually assaulting a female passenger while working as an Uber driver. Uber immediately suspended Sanchez.

He was taken into custody at approximately 5:30 p.m. yesterday and booked on 5 counts of 261(a)(4) PC – Rape of an Unconscious Person along with other felony sexual assault charges.

The new victims do not appear to have any connection with Sanchez’ former employment as an Uber driver, said Lieutenant Rob Ransweiler with ECPD.

ECPD detectives are continuing to search for possible victims and/or witnesses.   Sanchez is Hispanic, 5 feet 7 inches tall, with wavy brown hair and brown eyes.  His car while working for Uber was a silver 2012 Scion XB.

Uber issued this statement in March after Sanchez was arrested on the initial rape charge:""Uber takes safety incidents like this very seriously, and our thoughts are with the victim and her family. Uber immediately removed this driver-partner from the platform following our initial contact with the El Cajon Police Department. We have been working closely with law enforcement to assist their investigation."

Anyone with information is urged to contact Detective Mansour with El Cajon Police Department at (619) 441-5513 or tmansour@cityofelcajon.us. Individuals with information on this crime who wish to remain anonymous can contact Crime Stoppers Tip Line at (888) 580-8477.

Sanchez is set for arraignment on May 26 at 1:30 p.m. in the El Cajon Courthouse. His bail has been set for $1 million.