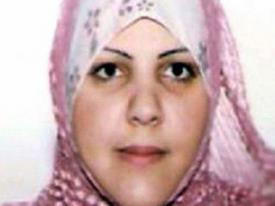 March 26, 2014 (El Cajon )—In a pretrial motion hearing yesterday, El Cajon police Detective Darren Forster testified that he doctored a photograph to convince Kassim Alhimidi to admit that he was near his home when his wife, Shaima Alawadi, was brutally murdered.  Police admitted that they drove the suspect’s red van to the scene and staged a photo, altering the date stamp.

Alhimidi initially denied being near the scene but later said he was in the area when shown the “evidence,” ECM news partner 10 News reports.  He continues to deny killing his wife and reportedly wept in court after learning he had been arrested based on falsified evidence.

Defense attorneys plan to argue that the victim’s daughter, Fatima, is the real  murderer. She has claimed she was home in the shower and did not hear her mother being murdered.  Fatima was reportedly distraught over being forced into an arranged marriage.

Alawadi’s death was initially reported as a possible hate crime, due to a threatening note left at her home. Alhimidi traveled to Iraq for a memorial service with relatives, and later returned to the U .S. before he was arrested.

East County Magazine spoke with La Mesa Police Chief Ed Aceves regarding the use of deceptions to persuade suspects to admit guilt.  While Chief Aceves would not comment on specifics of the El Cajon investigation, he said that deception is commonly used by police and is allowed if officers “follow the rules within the constitution and case law.”

Chief Aceves gave examples that have been used by La Mesa Police, including telling a bank robbery suspect that he was shown on video or  showing a suspect a fingerprint card and saying the prints match the susect’s, even when this is not true.

“People don’t confess to things they didn’t do in most cases,” Chief Aceves said, but conceded there are exceptions if people are “worn down from hours and hours of questioning.” Ulitmately it’s up to the courts to determine if police have gone too far, he added.

But Justin Brooks, a law professor who heads up the California Innocence Project in San Diego, said he objects to police lying to obtain confessions, 10 News reported.  Even though the Supreme Court has validated that police may lie or even present false evidence to obtain a confessions, Brooks said, “Sometimes that suspect gets co nfused and sometimes their memories get distorted and they give false testimony.”

While courts have upheld the rights of police to obtain confessions using deceptions, it is illegal to present falisifed evidence in court.

Opening arguments in Alhimidi’s case will begin on April 1.