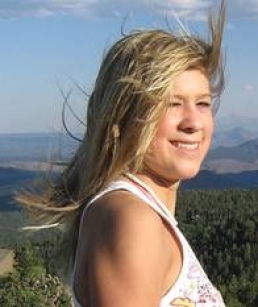 January 19, 2016 (El Cajon) – The El Cajon Police Department has identified Officer Samson Pak as the patrol officer involved in a fatal shooting of a woman passenger (photo, left) and a dog in the vehicle on Sunday following a high-speed chase. The identities of the driver and all three passengers have also been released, including two El Cajon residents.

Pak had served with the department for nearly three years and had proven effective at recovering stolen vehicles. He was honored as a 2014 Officer of the Year by the Auto Theft Advisory Committee for those successes.

As is customary in fatal officer-involved shootings, Pak has been placed on administrative leave pending investigations by the police department, as well as reviews by the county District Attorney and the Federal Bureau of Investigation (FBI).  The purpose of the leave is to give each involved officer “time to deal with the emotional and psychological impacts of the incident,” according to a press release issued by the ECPD.

East County Magazine interviewed Officer Pak last December regarding his participation in “Operation Santa,” giving away cash to motorists in need on Christmas Day after an anonymous donor left $100.  Officer Pak helped out a man with an expired registration and a check engine light on who was taking his children for Christmas dinner at Denny’s and said he couldn’t afford repairs.  Hear our KNSJ radio interview: http://kiwi6.com/file/rr5i0levth

The incident began at 1:25 a.m. on Sunday, January 16 when ECPD officer spotted a stolen red Toyota in the 1300 block of East Main St.  Officers tried to stop the vehicle at Walter and Main, but when they approach, the driver fled north on Second Street and then onto westbound Interstate 8.  The officers pursued with emergency lights and sirens on, asking help from the California Highway Patrol.

According to police, the Toyota reached speeds of 90 miles an hour before exiting the freeway at West Main and across to South Pierce Street, a cul-de-sac.  The stolen vehicle made a U-turn, towards the pursuing officers who attempted to contact the four occupants.

A preliminary investigation by the ECPD indicates the officer fired four rounds at the suspect vehicle. The vehicle stopped after ramming the second police vehicle and was unable to continue.  Three men, one woman and a dog were located inside the vehicle.

The woman killed, was sitting in the passenger front seat of the vehicle and was struck by gun fire.  She was transported to an area hospital where she was later pronounced dead. The dog, believed to be on the driver’s lap, was also struck by a bullet and died.

The driver of the stolen Toyota Yaris has been identified as Geoffrey H. Sims, 34, of Golden, Colorado. The vehicle was reportedly stolen in Denver on August 11th of last year.  According to police, Sims has two felony warrants for his arrest in Colorado including a burglary charge. He has been booked in County Jail on charges of attempted murder, assault with a deadly weapon on a police officer, and felony evading arrest.

The front seat passenger who was fatally struck by the officer’s rounds has been identified as Kelsey Rose Hauser, 26, from Conifer, Colorado. It has been confirmed that Hauser had a felony warrant for her arrest out of Colorado after missing court appearances on drug possession charges, KNSD reported.

The two passengers in the back seat were both arrested on suspicion of narcotic possession and have been identified as Todd Zigler, 36, of El Cajon and Brian Alan Blafield, 20, also of El Cajon.  Blafield was booked into County Jail for drug violations. Zigler was released without being charged from ECPD.

Anyone with information about this incident is encouraged to contact the El Cajon Police Department at (619) 579-3311. Individuals with information on this crime who wish to remain anonymous can contact Crime Stoppers tip line at (888) 580-8477.