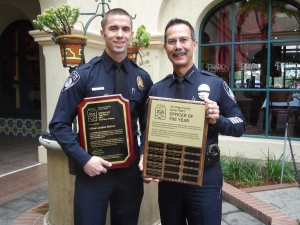 Officer Walker joined the El Cajon Police Department in 2013. His current assignment is with the K9 Unit with his partner, K9 Jester. Officer Walker was the Rookie of the Year in 2013 and was the recipient of the ATAC award in 2016.

She added, “Officer Walker was named Officer of the Month for August 2017 for his hard work and dedication to finding stolen vehicles. Officer Walker recovered a total of 38 vehicles in 2017 with 9 of those being occupied. The estimated total of his recoveries was $307, 800.  Congratulations Officer Walker and thank you for your dedication to the citizens of San Diego County.” 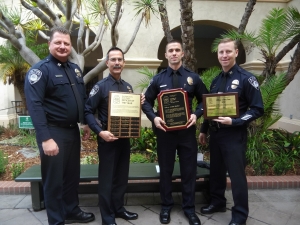