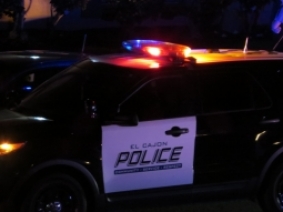 February 15, 2018 (El Cajon) – El Cajon Police are seeking witnesses to identify the driver who hit and fatally injured a woman pedestrian found still alive at 4:30 a.m. in the 1000 block of South Sunshine Avenue.  She died while being transported to a hospital, Patch.com reports.

The woman may have been homeless, according to Lt. Royal Bates.

It is unknown when the accident occurred.  Police are reportedly searching the area for damaged vehicles and anyone with information is asked to please call El Cajon Police Department at 619-579-3311.