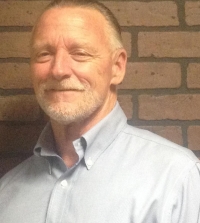 Walk for Sobriety set for July 18

Hear our interview with Marc Stevenson on today’s East County Magazine Show on KNSJ, 89.1 FM. .The show airs from 5 to 6 p.m. and the interview is in the second half of the hour.

July 13, 2015 (San Diego’s East County)- Marc Stevenson, who is from El  Cajon and is the director of Tenant Services at St Vincent De Paul Village, is a graduate of the McAlister Institute, one of San Diego’s largest and most experienced drug and alcohol treatment, and education centers. He has had a 20 year history of working with people and systems in the areas of substance abuse, mental health, criminal justice, family, and homeless social services.

Stevenson recently sat down with ECM to talk about his background and the work he has done, as well as the upcoming Walk for Sobriety set for July 18th. He and his family moved to El Cajon in the 1960’s, where he faced many struggles as he was growing up.

“I was one of those candidates to become addicted,” he recalls. “I suffered a lot of turmoil in my life due to the use of drugs and alcohol, and I was also one of those people costing the system money through incarceration and hospitalization.”  Fortunately, he has managed to overcome these struggles.

“I went back to school at a later age and I got a Master’s degree in social work at San Diego State University. After I got my Master’s degree, and. while I was going to school, I began working in human services including substance abuse treatment myself, and I’ve expanded my career ever since then,” he recalls. Stevenson is proud to have chosen a career where he can help the community in the same way he has been helped.

Asked about his experience at the McAlister Institute and the challenges he faced, he explained that he was at first hesitant to receive treatment, much like anyone else struggling with alcoholism.

“When I first came to McAlister Institute, I basically was likely in a lot of denial of what exactly needed to be changed. All I really knew, at that time, is that I wanted certain bad things to stop happening in my life that had been happening over and over again. I think the blessing came through staying there long enough to let the people there help me understand all of that, and break things down into manageable pieces.” He received support and information, and he eventually understood  the problems he faced and the solutions to those problems.

Then Stevenson talked about what inspired him to turn his life around. He mentioned he was wanted by the police on another charge when he first came to McAlister Institute—a charge that he would ultimately have to face. “I think the true reason for going in the beginning was to try to make up some kind of story to try to get out of it. My inspiration came later when I had a deeper understanding of what my problems were, and what types of things I needed to do.”

He needed to recognize and acknowledge the fact that he was addicted, and the solution was recovery. Through the process of treatment and support of the community, he began to get inspired to recover than and for the rest of his life. That also inspired him to work with other people later on.

He later became involved with Father Joe’s Villages. He first worked with McAlister Institute for about 11 years, and that helped pave the way for the work he now does with the homeless. He recalls a conversation he had with Jeanne McAlister, founder and CEO of the McAlister Institute. McAlister did a lot of teaching for those working under her to give them a better understanding of the people they worked with and what they were capable of.  She told him. “Marc, it’s not …the clients that are right that are going to teach you the most in this field; it’s the ones that don’t get anything right that are going to teach you most. You’re working with the least loved people in society. And if you can learn to love them for what they are and where they’re at, it’s only then that you’re probably going to be able to pass on any type of a gift or solution to them that will matter.”

He has worked at Father Joe’s for the past 10 years, and now has a better understanding of the people she talked about. Through the gifts and resources he has provided, he has worked on showing love and compassion to them.

He then talked in detail about his inspiration in working with people and systems in many different areas. He said McAlister encouraged her employees who went through treatment, telling them they had a gift to pass onto others. She also encouraged them to get an education to continue in their professional development.

“McAlister Institute was a great training ground for me,” Stevenson says adding that while he worked there, “Jeanne and McAlister Institute supported me in pursuing school. I think the motivation, validation, and the understanding of what it took to be working and going to school inspired me to continue on. I started out with a group of people that were doing the same thing. I think I was the only one that stuck with it in that particular group.” The work he does now, which he greatly enjoys, was inspired by McAlister Institute.

McAlister Institiute’s fourth annual walk for sobriety will be held on Saturday, July 18.  Stevenson knows how difficult it has been for programs that helped him to continue helping other people in this economy, in terms of funding. McAlister has been trying to raise money to continue funding at least 28 programs run by McAlister.

Stevenson said McAlister is trying to sign up at least 500 walkers in hopes of raising about $75,000 to support things like the women and children that are being served in Kiva [McAlister’s Women and Children Leaning Center] to “change their life, to turn people on parole into productive members of society,” he says. The supplemental money supports the program in ways that current funding doesn’t. Those costs seem to be increasing over time.” A message McAlister Institute hopes to get out to the community is that not only do they need help in continuing to provide donations and support, but the cost of doing nothing is much greater than the cost of providing services.

Stevenson gave an example. He has been working with Project 25 at Father Joe’s Villages, and he has been working with the most severe alcoholics in the city of San Diego. “Thirty-six of these people cost over $4.2 million in a single year in emergency services use,” he points out, “and the cost of doing nothing for these folks was much higher than the money we were able to save through helping these people get situated, get the support that they needed, and help them change their lives and help them get into housing. We reduced that cost and saved the community over $2.5 million.”

Not providing that help means the community is less productivity because these people aren’t giving back to the community, and it means higher health care costs because of the repetitive use of the system due to no access to preventative care. Taking action to help people also leads to a reduction in crime in the community, and reduced amount of incarceration costs.

“One person going to prison for a year is approximately $63,000,” Stevenson says. The amount McAlister hopes to raise could reduce that amount paid by taxpayers substantially. “McAlister served over 7100 people last year alone, and have served tens of thousands of people in its 38 year history,” Stevenson says. People can contribute to McAlister’s cause by donating or participating in the walk.

He brought up an event that ties into the walk. Clean and sober motorcycle groups that have turned their lives around will meet at San Diego Harley Davidson between 9am-10am on Saturday July 18. From there, they will ride down to support the walk. They are showing that recovery has worked for them.

He shared one last piece of advice. “We all need to have compassion for each other, and we have to apply that compassion in so many different ways.. . Every human being on the planet needs some kind of help from somebody some time… Whatever types of charity we can give to each other is important and it should spread across the classes, the races, [and] the community, so we’re all hand-in-hand helping each other in a way that McAlister Institute has helped me.”

To register or learn more about the McAlister Institute’s Walk for Sobriety, visit: https://www.firstgiving.com/McAlisterInstitute/walkforsobriety or http://www.mcalisterinc.org/walkforsobriety/.

Go to: http://www.mcalisterinc.org for information about the institute.

To participate with the motorcyclists riding down to support the Walk for Sobriety, visit the Facebook event at: https://www.facebook.com/events/880041302089397/.