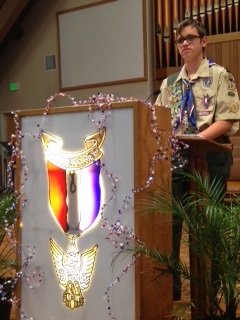 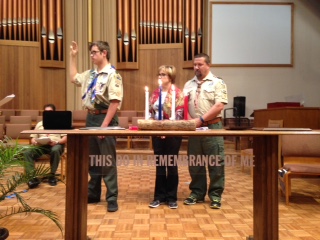 Among many Eagle requirements, a Boy Scout must complete an approved leadership project as a service to the community. With the help of others, Mast built a pergola for people to rest in the shade at the Circle Community Garden near the church.

Congratulations on your achievement Alexander!