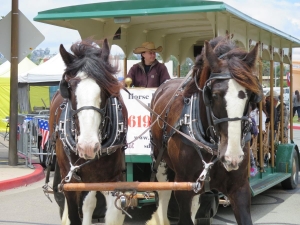 Story and photos by Robert Gehr ©

May 17, 2015 (El Cajon)—The second annual America on Main Street event ( held this year on May 16th ) was teeming with happy people - from parents with kids in tow, to some of us senior adults mingling with the crowds, all having a good time. 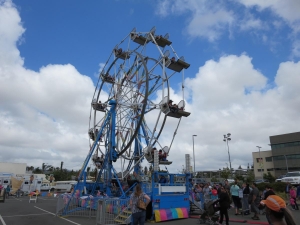 I arrived just before the start time of 10:00 a.m. and visitors were already beginning to arrive. Walking around, I found many photo opportunities and began snapping away.

The children were boisterous; many smiles and shouts of laughter were evident as they rode the gigantic Ferris wheel, interacted with animals at the petting zoo and rode the ponies; even a camel was on display. There were a number of booths with kid’s activities as well as a special area for crafts and games just for them. The excitement was contagious!

On the western front, one could hitch a ride on a wagon being pulled by two Clydesdale horses. They are big and magnificent animals. 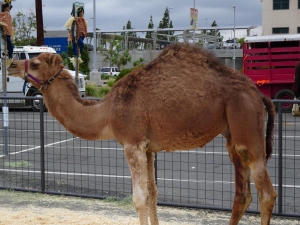 Plenty of booths representing many ethnicities and countries could be found offering everything from information to jewelry. Foods and drinks were everywhere - so many culinary delights to choose from, I was soon hungry after inhaling the assorted and delicious aromas. The one which caught my attention the most was a barbecue slow cooking tri-tip over oak wood. That brought back fond memories of yesteryear… 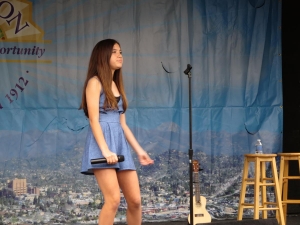 This was also Armed Forces Day and displays were evident, along with military personnel everywhere I looked. Thank you for your service - Air Force, Army, Coast Guard, Marines, Navy - past, present, and future.

If you missed this event, try to make it to the next one; you and the kids won’t be disappointed. ‘Till then folks, see ya next time.