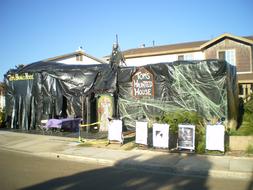 November 5, 2010 (Lakeside) – Today San Diego Sheriff Bill Gore announced that Ryan Stevens, who recently worked as a part-time assistant diving coach at El Capitan High School in Lakeside, was arrested last night. He is charged with oral copulation with a minor by means of force or fear.

On November 2, a student at the school reported that she had been the victim of a sexual assault at a non-school function held off site.Students from the school were recruited for the activity, the Sheriff’s office reports. Sheriff’s child abuse detective D. Sossaman responded to the school and conducted an investigation. Based on statements given by the parties involved and other evidence collected, Stevens, 22, was arrested.

Catherine Martin, spokeperson for the Grossmont Union High School District, said the District agressively pursues allegations of criminal activity against its students.  "We know that the alleged crime did not occur on campus or at a school-related activity," she noted. " We further understand that several El Capitan students were volunteering at Tom's Haunted House in Lakeside last weekend...where the alleged assault occurred."

A call to Tom's Haunted House was answered by a man identifying himself as David.  When asked about the charges against Stevens, said "I have no comment."  He refused to provide his last name, then hung up.

A David Stevens is listed as the creator of Tom's Haunted House, as well as its lead artistic director, animatronics engineer, sound and video special effects specialist. He is also the president of Construction and Remodeling Inc., a Lakeside-based building business.

Shortly after noon, Tom's Haunted House website had been taken down. However ECM captured these screen shots: 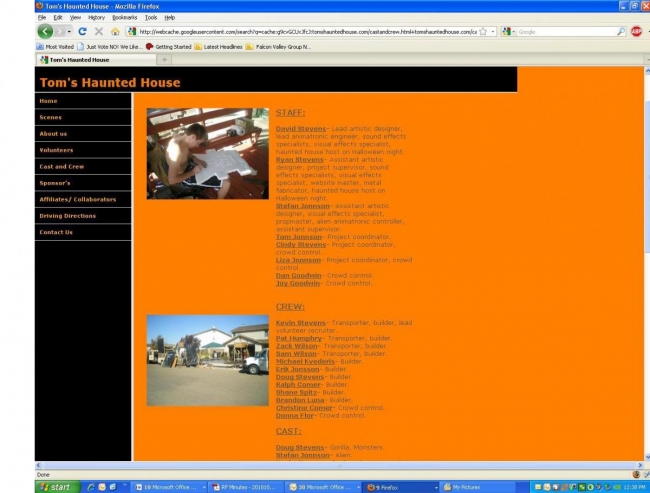 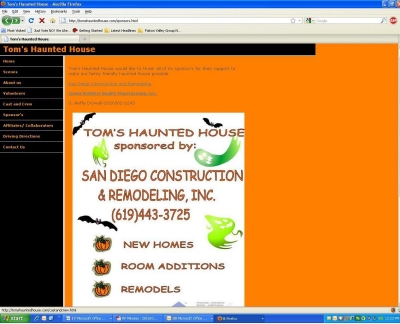 GUHSD's Martin told ECM that the student reported the crime to school officials the next day.  "We immediately contacted CPS, and the San Diego County Sheriffs Department which took immediate action to investigate."

She said that Ryan Stevens was a "walk on, seasonal swim coach for El Capitan High School" from February through May in 2008, 2009 and 2010.  "He is not currently an employee," she clarified.