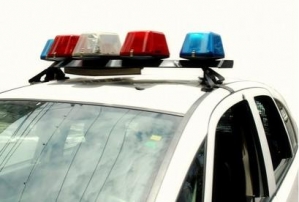 May 10, 2016 (La Mesa) -- Aaron Spaulding, a 31-year-old La Mesa man has been arrested and charged with elder abuse of his 78-year-old neighbor. The incident prompted a stand-off with Sheriff’s deputies at the family’s home on Alta Mira Drive near Mount Helix for several hours Monday night.

Sheriff’s deputies responded to a report of an altercation at the home in the unincorporated portion of La Mesa.  A neighbor called 911 to report the suspect was driving erratically and approached him aggressively after he confronted the driver.

The suspect reportedly threatened deputies with a pot of boiling water and a knife, KNSD reported.

The disruption forced deputies to shut down the street, preventing some neighbors from coming home and requiring others to shelter in place inside their residences until the suspect voluntarily surrendered around 7:40 p.m.