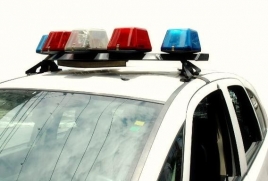 Update December 16, 2020:  The County Medical Examiner has identified the deceased as Judith Ann Caruthers, 72, and ehr husband, Herman Caruthers, 74.  Their deaths have been found to be murder-suicide; Herman Caruthers killed his wife and then himself, each with a gunshot to the head.

December 15, 2020 (Mt. Helix) – An elderly man and woman were found dead in their home yesterday in the 4900 block of Resmar Road on Mt Helix in unincorporated La Mesa. Both had suffered gunshot wounds.
Sheriff’s deputies made the grim discovery after a family member raised concern over not hearing from them for several days, so deputies entered the residence.
No arrests have been made. “The investigation is ongoing, but no suspects are believed to be outstanding,” Lt. Thomas Seiver with the Sheriff’s homicide unit says.
Anyone with information about this incident is asked to call the Homicide Unit at (858) 285- 6330/after hours at (858) 565-5200. You can remain anonymous by calling Crime Stoppers at (888) 580-8477.