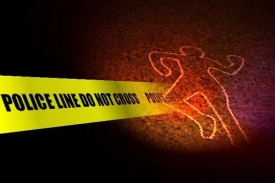 The woman was reported missing by family on November 15.

Lt. James Bolwerk with the San Diego County Sheriff said the County Medical Examiner’s Office will determine the cause of death, however the investigation will be handled by the Los Angeles County Sheriff’s Department.

According to the Los Angeles Times, investigators believe Rodriguez killed his mother at a residence in Maywood, California and dumped her body in a remote area in San Diego’s East County.