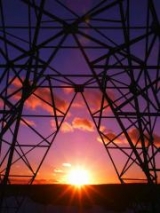 July 24, 2009 (San Diego’s East County)—The San Diego City Council will consider Monday whether to take a stand for or against SDG&E's controverisal proposed plan to shut off power to rural residents during high fire-risk conditions.  The plan is supported by at least two Councilmembers.

A July 23 San Diego Union-Tribune article stated that Councilwoman Marti Emerald put a resolution on Monday’s agenda “supporting San Diego Gas & Electric Company’s proposal and urging the PUC to approve it.”Asked to verify this, Emerald’s director of communications, Geni Cavitt, called the statement “inaccurate” and said of Emerald, “She has not taken a stand and wants to discuss this with the full Council on Monday.”Emerald was not available for an interview.

But in an editorial published today in Voice of San Diego, Councilmembers Emerald and Ben Hueso both clearly voice support for the shut-off plan, concluding that “SDG&E’s plan deserves our support.” ECM was not aware of the editorial at the time we spoke with Emerald's spokesperson.

The editorial coauthored by the Councilmembers gave these arguments in support of the resolution. “In our efforts to be proactive, we have developed some innovative solutions to help prevent fires from starting,” the piecel stated. “Monday, the San Diego City Council will consider one of these ideas when they vote on a resolution in support of San Diego Gas & Electric's proposed Emergency Power Shut-Off Plan. Prevention is a critical component of any fire response strategy, and SDG&E's plan deserves our support."

The editorial stated that “though power lines rarely cause wildfires, they have been responsible for three of Southern California’s four largest wildfires.” The editorial failed to mention that SDG&E has admitted in documents filed with the CPUC that its lines have been implicated in 167 fires over the past five and a half years. The  piece noted that the largest powerline-caused fires burned  nearly half a million acres and destroyed more than 2,100 structures. "If power had not been running through the lines," Emerald and Hueso observed, "those particular fires would not have started as they did.”

The California Public Utilities Commission (CPUC) has postponed its ruling on the power shut-off plan until after September 10th. But SDG&E announced this week that it will not wait for CPUC approval before cutting off power if key conditions are met after the official start of fire season September 1st.

Donna Tisdale, chair of the Boulevard Planning Group, criticized SDG&E’s action. “It is all about shifting liability. SDG&E reps have confirmed to me several times that when the power is shut off to our at-risks communities, “ “they will continue to run power through our dark communities to the urban communities on the existing Southwest Powerlink and the proposed Sunrise Powerlink—if it ever gets built," she said in an e-mailed response to our request for comment. "That fact alone generates significant resentment for those of who will bear the negative impacts from increased energy infrastructure. SDG&E claims all these new projects will increase reliability.” But she added, “Apparently that does not apply to vulnerable rural communities who are being treated as third class citizens. Ironically, we will continue to pay for first class services that we won’t receive.”

At a recent meeting in Live Oak Springs, SDG&E displayed a map of expected shut-offs based on weather conditions, said Tisdale, who added that the Boulevard area would be the most severely impacted. “This whole process stinks to high heaven,” she concluded. The shut-off proposal will be on the Boulevard Planning Group’s agenda at its meeting on Thursday, August 6.

SDG&E did not return calls by press deadline today. However the Union-Tribune quotes SDG&E spokesperson Stephanie Donovan as stating, “The commission hasn’t said we can’t do it…If we were to hit those extreme weather conditions sometime before the commission has a chance to rule, we would see that as an extreme threat to public safety.” SDG&E would ultimately abide by the commission’s decision, Donovan reportedly added.

The utility has said it could cut power for up to three days to as many as 60,000 customers (150,000 people) when five conditions are met: a red-flag warning from the National Weather Service, moisture at or below 10 percent in twigs and 75 percent in living plants, relative humidity at or below 20 percent, and sustained winds above 29 mph or gusts above 47 mph with sustained winds over 29 mph.

Now Supervisor Dianne Jacob, who represents East County, is calling for a state investigation into whether SDG&E committed ethical breaches in promoting its shut-off plan. SDG&E recently agreed to pay $1.1 million to settle an ethics claim that the utility misrepresented testimony to regulators while lobbying for Sunrise Powerlink.

In mid-July, several elected officials including El Cajon Mayor Mark Lewis and La Mesa Mayor Art Madrid, admitted that SDG&E wrote letters which the officials signed asking the Board of Supervisors to support the power shut-off proposal. Madrid has stated that he made minor changes to the letter and that he no “lackey” for the utility company. Both mayors have taken contributions from SDG&E but denied that the funds influenced their support of the shut-off plan, according to the San Diego Union-Tribune.
In addition, speakers at a community meeting who testified in favor of the shut-off plan reportedly failed to disclose relationships with SDG&E.

Editor's Note: East County Magazine editor Miriam Raftery has testified before the CPUC and Supervisors that the SDG&E shut-off plan would prevent readers in the black-out areas from receiving ECM's wildfire and emergency alerts via e-mail, potentially putting lives at risk.