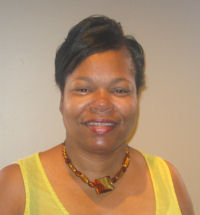 "Right now, it’s all about finances. It should be our kids’ education." -- Emma Turner

Incumbent Emma Turner is up for re-election this November for her spot as a board member in the La Mesa Spring Valley District. The district includes La Mesa, Spring Valley, and El Cajon. View a map of the district.

September 6, 2012 (San Diego’s East County)-Two seats are open in the LMSV.  Emma Turner hopes that she will get re-elected for the board to continue serving the needs of students. She also needs the seat in order to run for Vice President of the California School Board Association later this year. She’s ready to win, insisting she has “all my endorsements ready” for her spot as VP. Other candidates include incumbent William ‘Bill’ Baber, President of the board, and challenger Jay Steiger.

Coming from sharecropping grandparents in the South, she has a success story to share. Her parents weren’t able to get far in their education. However, she did and she earned a doctorate in psychology; she also has special education and multiple subject teaching credentials. She’s proud of what she’s accomplished because “my family didn’t have a legacy of graduation.” She knows the importance of a quality public school education, having gone through HeadStart to graduate school in the public school system.

Her success has transferred to the next generation ion her family.  She now lives in Rancho San Diego and has three daughters. One is an attorney, the middle one is in college, and the youngest goes to Monte Vista High School.

She has served on the LMSV School Board and the California School Board Association. She has been a classroom volunteer, and a student and parent advocate.

Below is a Q and A on her candidacy:

Q: What has been your major achievement in office?

A: A situation that could’ve been negative turned positive. There was structural damage to Spring Valley Elementary. We had to make sure we got faculty and students out. There was a question of whether to close down the school.  I was one of the voices that said we have to have a plan; we can’t just close it down. Now it’s for community use. We told parents, ‘Your child can’t attend classes here anymore,’ but we gave them a list of other schools to attend.

Q: How are the LMSV test scores?

A: For the last one, we’re doing ok, improving a little. The federal government is burying us down on mandates. No Child Left Behind brought attention for equality of education, but they gave us standards by which to measure. There’s no growth model for the concept. The special ed students are expected to be at the same level as gifted students. We’re losing resources now. We’re advocating for a growth model now. Controlling education from the federal and even Sacramento is too much. It should be more at the local level.

Q: How is the budget? How are class sizes?

A: Our budget is horrible. It continues to get worse. They [the state] can cut us or withhold money because our money is part of the state budget. They keep withholding our money; they say it’s a deferral. ‘You don’t get it yet. Here’s your paycheck, but don’t cash it for a year.’ K-12 will suffer now. There are larger class sizes now.

Q: Does the current board work well together?

A: Bill [Baber] is a good guy. He believes in quality education for all kids, same as me. We’re a family; no one wants to leave. I am endorsed by Bill and Penny Halgren [LMSV Board members].

Q: Do you support the ballot measures to provide more funds for education?

A: I support Prop 30 and Prop 38. If there’s a possibility for our kids to get money, I’ll support it. If Prop 30 passes, the Governor will give us our own money back again. If the prop doesn’t pass, they’ll cut us even more, no new money. How can you not support it if it’s a deferral? It’s been bad for your kids. Less class size means less resources. Prop 38 is better than the Governor’s. They’re offering a longer period for more money separate from the state budget. If voters approve it, the first three-four years, we’ll even out. Later on, we’ll get more money, no more cuts. If both pass, it may be left up for the courts to decide.

Q: What are the most important issues in the race?

A: Right now, it’s all about finances. It should be our kids’ education. We have to do a three year budget, two years out. We can’t have a balanced budget. We deal with the reality of the situation, like if Prop 30 fails, we have to make our own budget balance. We’ve had to deal with laying people off. They get paid at a ridiculous rate. We do have enough resources, but not giving it to teachers nationwide. They don’t get the respect they deserve.

Q: Has there been any talk of floating bond measures? Have they tried a bond measure before?

A: No, that’s something we don’t think will pass. We’ve had a bond for facilities improvement. I was part of the Citizens Bond Oversight Committee before I was elected; that money was something to improve facilities, not to pay teacher’s salaries.

Superintendent Brian Marshall commented that “during the 2011-2012 school year, the district implemented a corps program that maximized class sizes. It resulted in the elimination of a hundred teachers. Elementary schools were converted from K-5 to K-6, and middle schools from 6th-8th grade to 7th-8th grade. We’ve kept bus transportation and No Child Left Behind. We’ve cut $17 million in our budget in the last few years.

The first school board meeting of the year is planned for Tuesday September 4 at 7:00 p.m. The meeting will include a presentation for those wishing to find out more about the budget.

For more information on Turner, her campaign brochure can be viewed at: 2012 election LMSV Dr Emma Turner.pdf