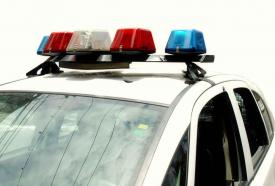 April 28, 2013 (La Mesa) --  Responding to a report of a fight last night in the 5900 block of Severin Drive, La Mesa Police officers arrived and found that the fight was actually an altercation between liquor store employees and suspects who reportedly stole alcohol. The employees chased the four suspects, two men and two women, out of the store and a fight ensued.

Both employees were hit in the face by the two male suspects and sustained bruising, but refused medical attention. The loss was a bottle of alcohol.

The suspects were last seen running south on Severin Drive. A search of the area by LMPD and ASTREA was negative for the suspects and they are still outstanding.

The suspects were described as follows:

The investigation is continuing. Anyone with information is urged to call the La Mesa Police Department at (619) 667-1400.