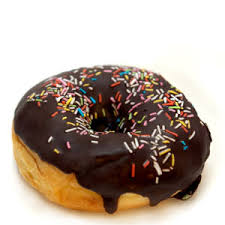 November 23, 2010 (La Mesa) – A 17-year-old has been arrested after attempting to rob the Yum-Yum Doughnut store for the second day in a row.

Yesterday 10:50 a.m., the teen stole a tip-jar from the store at 7550 El Cajon Blvd. According to La Mesa Police, he told the employee that he was sorry, but had no money and needed the cash. The employee and suspect struggled briefly over the tip jar, which contained about $10.

The suspect, an African-American teen, wore black pants, a black sweatshirt, and a white bandana over his face. He fled on foot.

Today, the store clerk saw a juvenile wearing similar clothing standing outside the door with a white cloth covering his face. The clerk called police. When officers arrived, the suspect fled into a residential neighborhood. A San Diego Sheriff’s K-9 crew and ASTREA helicopter assisted in the search.

The juvenile, a resident of La Mesa, was found hiding in the backyard of a nearby home. He was taken to Juvenile Hall and charged with robbery, attempted robbery, and attempted burglary.