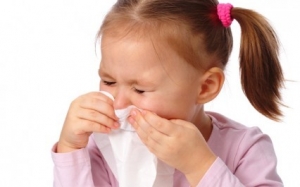 The patients ranged from ages two to 13.  All are recovering from the serious respiratory illness, according to the San Diego County Health and Human Services Agency. Samples of additional local patients are now undergoing testing.

Dr. Wilma Wooten, the County’s public health officer, states, “We are monitoring this closely with our local health care providers.”  She adds that overall, respiratory illnesses have not increased significantly countywide.

The Centers for Disease Control and Prevention report that the illness has caused severe respiratory illness in at least 16 states in the past  month. Most of the illnesses were diagnosed in young children, many with a history of asthma.

Dr. John Bradley, pediatric infectious disease expert at Rady Children’s Hospital, said the hospital started seeing a steady rise in the number of children coming in with respiratory conditions in mid-August and the numbers continue to increase.  But he assured that for most children, enterovirus D68, or  EV D68 has symptoms similar to a common cold, “so a trip to the emergency department is generally not necessary unless the child has difficulty breathing or an unusually high fever.”

Some enterovirus infections, however, can be serious and lead to respiratory illness requiring hospitalization and neurologic illnesses, such as aseptic meningitis -- swelling of the tissue covering the brain and spinal cord, and encephalitis -- swelling of the brain. Infants, children, and teenagers are most likely to get infected with enteroviruses and become sick.

The strain is an unusual variety of enterovirus not commonly seen, until recently.  There is no treatment, except management of symptoms, thus preventing spread of the illness is key to limiting its spread.

Most enterovirus infections in the United States occur seasonally during the summer and fall.

County health officials recommend taking measures similar to trying to avoid the flu, like washing hands often with soap and water for 20 seconds, especially after changing diapers; avoiding touching eyes, nose and mouth with unwashed hands; don’t hug, kiss or cups or eating utensils with people who are sick; and disinfect frequently touched surfaces, such as toys and doorknobs, especially if someone is sick.