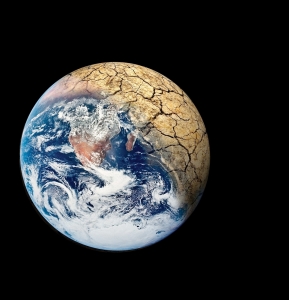 December 15, 2016 (Washington D.C.) — Environmental leaders are bracing for an assault on environmental protections if several key appointees of President-Elect Donald Trump are confirmed by Congress.  The appointees include an ExxonMobil CEO, Governors and legislators who have all denied climate change and lobbied for fossil fuel interests.

Scott Pruitt, Trump’s nominee to head the U.S. Environmental Protection Agency (EPA), has sued the agency several times as Oklahoma Attorney General to weaken clean air and coal-fired power plant pollution regulations. The New York Times exposed that letters Pruitt sent to the EPA were written by lawyers for a major oil and gas company.  He is also a climate change skeptic.  As FactCheck.org notes, multiple surveys have found that of thousands of climate scientists worldwide, 97% agree that global warming is real and human-caused.

Perhaps most controversial is Trump’s nomination of retired 40-year Exxon Mobil CEO Rex Tillerson as Secretary of State.  Under his leadership, ExxonMobil funded studies to discredit climate change science, lobbied for oil and gas industry-friendly regulations, drew scrutiny for multiple pipeline spills, and negotiated deals with foreign governments including dictators such as Vladimir Putin and guerilla insurgents that at times were at odds with U.S. national interests.  Tillerson did, however, tweet support for the Paris Climate Accord, which Trump has said he wants to cancel.

He once opposed U.S. sanctions against foreign enemies because it would harm oil industry investments.  The book Private Empire: ExxonMobil and American Power described how Tillerson defied the U.S. government by negotiating an oil deal with the Kurdish regional government that U.S. agreements with Iraq, sparking an international furor over oil agreements.

Supporters say Tillerson, having led negotiations for a company with a budget the size of many nations, has experience in international dealings.  But critics worry that even if he divests of his oil industry holdings, his loyalties after 40 years in the industry may remain in question.

Texas Governor Rick Perry is Trump’s pick to serve as Secretary of Energy, a department Perry has previously said he wanted to dismantle.  The department oversees not only energy ranging from fossil fuels to clean power alternatives, it also has 60 percent of its budget devoted to nuclear security.   Perry’s support of the oil and gas industry in oil-rich Texas and his denial of human-caused climate change as a “contrived, phony mess” have raised alarm among environmentalists who fear research into clean energy alternatives and oversight of the fossil fuel industry will be curtailed.  Native Americans have also voiced concern over Perry serving on the board of directors for the company that owns the Dakota Access Pipeline, which the Obama administration has said it would reroute after national protests to protect clean water.

Perry’s qualifications as Texas governor and former agricultural commissioner seem slim compared to the past two energy secretaries, who held doctorates in physics, academic credentials from M.I.T. and Stanford, and in the case of Steven Chu, a Nobel Prize.

Trump has named Montana Republican Congressman Ryan Zinke as Secretary of the Interior Department, which oversees many federal lands including national parks such as Yosemite and the Grand Canyon.  He has pushed to end a moratorium on federal coal leases on public lands and like Trump’s other nominees to key environmental posts, questions whether humans are responsible for climate change.

An avid hunter and fisherman, however, Zinke does support keeping public lands under federal ownership, putting him at odds with some Republicans who want to privatize public lands or turn them over to the states.

Environmental groups such as the Natural Resources Defense Council report a huge increase in donations since Trump has announced appointees who will likely seek to rollback hard-fought environmental protections aimed at safeguarding natural resources and public health.

Erich Pica, president of Friends of the Earth, says environmentalists also aim to exert pressure on Congress to block nominees or prevent legislative assaults on environmental protections.   "We will be using the filibuster to block some of the more egregious laws that the Republicans that control Congress want to implement,” Pica says.

...Travis Lyon and George Barnett touting how "environmental" they are (for taking thousands of SDGE mitigation land) to manage for "the environment" while at the same time supporting the building industry in their quest to overbuild Eastern Alpine. "All politics are local"
Now there is something you don't hear every day!