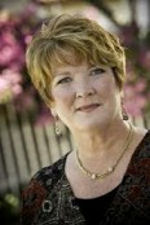 May 29, 2012 (San Diego) -- Recent Federal Environmental Protection Agency rules to reduce diesel emissions were forcing our fire engines off the road, putting the public at risk. Fire apparatus in San Diego and across the nation were breaking down because of the new diesel engine requirements. In the interest of public safety, City Councilmember Marti Emerald called on the federal government to exempt public safety vehicles.
Councilmember Emerald began working with the city’s fire chief and immediately went to work lobbying our Congressional representatives to intervene.  The Councilmember’s hard work has now paid off. The Environmental Protection Agency has agreed to waive the diesel standards for emergency equipment in San Diego and across the nation.
In a thank you to Councilmember Emerald, San Diego Fire Chief Javier Mainar said, “As you may recall, when I contacted the International Association of Fire Chiefs about this problem and our desire to get an exemption, they felt that would be impossible.  I tended to agree that fighting the EPA seemed like a tough hill to climb. Fortunately, you do not readily take no for an answer and doggedly went after the exemption.  You should be as proud of this outcome as we are of your advocacy on behalf of SDFD and the fire service as a whole.”
The new emission systems are designed to burn off carbon deposits in filters as trucks travel long distances at freeway speeds. However, fire crews travel short distances and carbon builds up in the exhaust system causing vehicles to break down with little or no warning. This became a dangerous problem for the San Diego Fire Rescue Department with the City’s newest vehicles out of service about 400 times last year. The problem created delays in response to emergency calls and often left the Fire Rescue Service short of critically needed trucks and engines.

Hundreds if not thousands of small business fleet operators are going to go out of business as the result of the "progressive", phony, green, politics of the once great State of California and no one cares. Lets see how the boys and girls of government are going to buy fuel for the fire trucks when the tax base goes away? China is building one coal fired power plant a day but California is going to save the world.