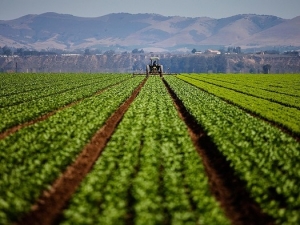 July 9, 2015 (Fresno)--Environmental and farm workers' groups are cheering this week's announcement by the Environmental Protection Agency (EPA) that it plans to ban agricultural use of the pesticide chlorpyrifos.

The EPA banned the use of chlorpyrifos in homes 15 years ago. The agency now acknowledges the chemical's risk to drinking water from runoff, as well as to agricultural workers and residents exposed to pesticide drift.

Patti Goldman, a managing attorney with the lawfirm Earthjustice, says the decision is a "long time coming."

"It is the right thing to do," says Goldman. "Chlorpyrifos is such a dangerous pesticide it should be banned across the board. We hope EPA will hang tough and see this through to the end."

The EPA said it may allow some use in the future, but only if pesticide manufacturers offer meaningful mitigation plans. Dow Agrosciences, the primary manufacturer of chlorpyrifos, says the pesticide has been extensively studied, is approved for use in 88 countries and degrades quickly enough to have what the company terms a "negligible" effect on runoff.

California also announced restrictions on the chemical's use on Wednesday. Margaret Reeves, senior scientist with the Pesticide Action Network, says a complete ban is necessary to protect rural communities.

"California's Department of Pesticide Regulation is finally stepping up to the plate. But those restrictions are very small, voluntary, and not enough," says Reeves.