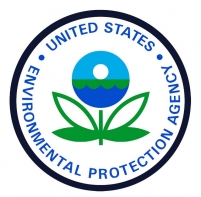 “Food Recovery Challenge award winners serve as role models in their communities and for other organizations,” said EPA Administrator Scott Pruitt. “Their hard work and effective efforts to divert wasted food from landfills is paying off through social, financial and environmental benefits. I encourage other organizations to replicate the successful food recovery operations of our Challenge winners.”

Ramona High School’s Eco-Leaders, in collaboration with the County of San Diego and the Ramona Unified School District, run a district-wide, collaborative wasted-food reduction and composting program. Students weigh, measure, chart and keep accurate data from eight school sites. The data is sent electronically to the County each day. Nutrition staff reported revisions to their food preparation practices after seeing how much food was going to waste. Prepared food suitable for donation is placed in a walk-in freezer and collected weekly by a local pantry and distributed to the underserved in the community.

Sprouts acts on their commitment to Zero Food Waste through their Food Rescue and Food Waste to Farms programs, and through customer engagement, preventing more than 31 million pounds of wasted food from entering landfills and avoiding more than $1.5 million in landfill fees in 2016. Team members participate in training on the importance of food donations in the community, proper shrink management, and guidelines for donations. In 2016, Sprouts was able to provide more than 19 million pounds of nutritious foods to its communities, resulting in nearly 16 million meals. Through its various initiatives, Sprouts has developed successful business-to-business and non-profit relationships that illustrate the power of partnerships to reduce environmental impacts and eliminate hunger in communities.

Food Forward rescues fresh local produce that would otherwise go to waste. Produce is collected from over 750 private backyards, 22 weekly farmers’ markets, and the downtown Los Angeles Wholesale Produce Market.  In 2016, the Wholesale Recovery program rescued over 13.7 million pounds of fresh fruits and vegetables. This produce would have otherwise been sent to landfill. One hundred percent of the recovered food is donated, within hours, to hunger relief agencies across eight counties in Southern California.  In 2016, Food Forward helped feed 1.25 million individuals facing food insecurity.

Cherokee Point Elementary School is a leader when it comes to reducing and diverting wasted food.  With an enrollment of approximately 400 students, all receiving free and reduced-price meals, Cherokee Point is committed to reducing wasted food at the source. The school accurately forecasted the amount of food needed for student meals by using the “offer versus serve” model which allows students to decline some of the items offered that they don’t intend to consume, recovered certain foods and beverages to use in another meal service, and reduced salad bar pan size. Additionally, students separate their food scraps at lunch so they can be sent off-site for composting.

The City of San Diego’s Environmental Services Department’s Commercial Food Waste Diversion Program has a comprehensive food recovery education program for commercial food providers. The program had over 80 participants in 2016, composting nearly 8,000 tons of wasted food. Participants included the largest generators of food waste in the city, and all its larger venues, such as the Convention Center, Zoo, Safari Park and SeaWorld San Diego, took part. During 2016, 17 of the larger generators alone increased their food donation by over 3,000 pounds per week. In addition, participant sites are included in the commercial wasted-food composting program, assisting with identifying the best wasted-food collection logistics for the sites, and providing training for their staff.  In 2016, approximately 400 workers participated in the wasted-food diversion program training.

The San Diego International Airport provided service to over 20 million travelers in 2016.  In 2013, the San Diego County Regional Airport Authority collaborated with one food service provider to collect coffee grounds and fruits for composting at the City of San Diego’s Miramar Greenery Composting Facility.  In 2014, the airport’s program expanded to include 40 restaurants and coffee shops that were collecting and composting all their pre-consumer food scraps. In 2016, they began a pilot project to collect post-consumer wasted food in all seven restaurants.  The pilot program was a success and the airport now collects post-consumer wasted food as part of its program. By separating food from the waste stream, the airport has reduced the volume of material disposed as trash, diverting 340 tons of non-edible food waste to Miramar Greenery for composting.

Wasted food is the single largest type of waste discarded each year in our everyday trash; that’s roughly 73 billion pounds. In 2016, Food Recovery Challenge participants helped address food insecurity in our nation through the donation of nearly 222,000 tons of excess, wholesome food, providing the equivalent of close to 370 million meals.

In 2016, over 950 businesses, governments and organizations participated in EPA’s Food Recovery Challenge. Food Recovery Challenge participants include organizations such as grocers, restaurants, educational institutions and sports and entertainment venues, who together diverted 740,000 tons of food from being landfilled or incinerated, saving businesses up to $37 million in avoided waste disposal fees. To prevent and reduce their wasted food, Food Recovery Challenge participants used cost-effective and creative practices that included reducing excess food from educational institutions, sending food scraps off for animal feed, and providing in-house food recovery training.