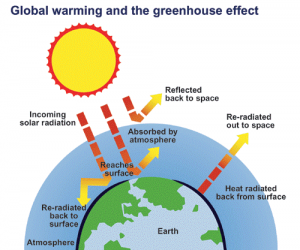 April 29, 2017 (Washington D.C.) – One week after hundreds of thousands joined a march for science nationwide on Earth Day to protest the Trump administration’s irrational anti-science stances, the Environmental Protection Agency has taken down its climate science website, the Washington Post reports.  The action came on the eve of today’s march calling for action to halt climate change.

Gone is a webpage that explained what climate science is and why climate change is important.  The old site stated, “Rather, it is extremely likely that human activities have been the dominant cause of that warming” and cited the United Nations Intergovernmental Panel on Climate Change as the source.  It also advised the public on steps people can take to reduce greenhouse gas emissions, including how to calculate and reduce your carbon footprint.

Instead, the web address now steers visitors to a page that reads, ““We are currently updating our website to reflect EPA’s priorities under the leadership of President Trump and Administrator Pruitt.” Pruitt, who has taken vast sums of money from the oil and coal industries, has argued that he disagrees that man’s actions are primary contributors to climate change.

As attorney general for Oklahoma, an oil producing state, Pruitt filed multiple lawsuits against the EPA seeking to overturn regulations, with briefs written in part by the fossil fuel industry.  Pruitt has called for the U.S. to withdraw from the Paris climate accord that over 180 nations approved as a crucial plan to reverse climate change that the world’s most prominent climate scientists warn may soon be irreversible.

The original EPA site on climate change is available in archived format from before Trump took office here:  https://19january2017snapshot.epa.gov/climatechange_.html .

Censorship of the public’s ability to view this science-based information has drawn sharp criticism from environmental leaders.

The Environmental Protection Agency, on Pruitt’s watch, seems headed toward sanctioning environmental protection, a subversion of its mission statement.