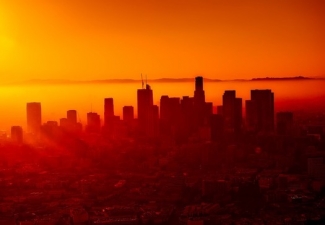 Photo:  The new chair of the EPA Science Advisory Board denies the scientific evidence that smog causes asthma. (12019/Pixabay)

According to the lawsuit, of Pruitt's 18 new appointees to the EPA's Science Advisory Board, seven are now employed by industries the EPA regulates, four have a history of taking money from polluters and five have histories of rejecting mainstream science in favor of industry talking points.

Neil Gormley, staff attorney at the environmental law firm Earthjustice, says ironically, Pruitt claims the academic scientists are being removed because they have financial ties to the EPA.

"By barring people just because they've received competitive research grants from the agency, they're pushing out some of the most qualified experts," he says.

The complaint, filed in U.S. District Court in Washington, D.C., calls the policy an illegal override of federal ethics rules that will introduce a pro-polluter bias in EPA decisions.

Environmentalists fear that the new appointees also will undermine the integrity of EPA science. Gormley points out that some of the replacements on the advisory board have espoused opinions that fall into the category of junk science.

"Claiming that air pollution is good for you or denying that smog causes asthma - ideas that are way outside the scientific mainstream and that just serve a corporate agenda," he explains.

He says the scientists being removed from the board are experts in fields such as cancer, children's health, respiratory diseases and the risks of chemicals in the home.

Gormley says the lawsuit asks the court to rule that the new policy is unlawful and arbitrary, and to halt the discharge of scientists on the basis of having received agency funding for their work.

"We're also asking for the reinstatement of discharged scientists to these science boards to restore their ability to render objective, high-quality scientific advice to the agency," he adds.