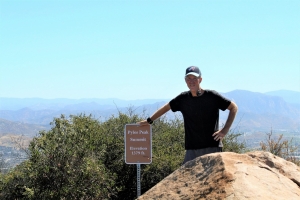 "Of all the paths that you take in life, make sure a few of them are dirt." – John Muir

Editor’s note:  The Five Peaks Challenge encourages hikers to ascend five peaks in Mission Trails Regional Park at their own pace.  Greg Dunne and his team were the first to achieve this in a single day. To follow up on that feat, they’ve now hiked every trail on and around Cowles Mountain--all in one day.

May 21, 2017 (San Diego) -- Today we took an epic hike up Cowles Mountain and the surrounding trails that has never been done before, all in one day! I call this hike “Cowles Tour 13.2”. My friend David Hart and I undertook this hike on Friday, May 19, 2017. My daughter would ask – WHY? Well, my answer is not because it’s there, but because it’s in my backyard, fun and nobody thought to do it. 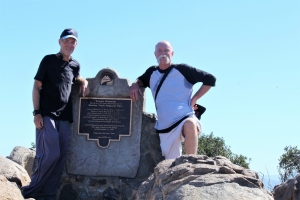 This hike was 13.2 miles and crossed every trail on Cowles Mountain and Pyles Peak (one of the five peaks), Pyles Peak is the peak adjacent to the north of Cowles Mountain. Starting at Barker Way trailhead we took the service road to the Mesa Trail and hiked down Big Rock Trail, then at the split we took Mesa Trail to the bottom. Walking over to Big Rock Trailhead, we started ba 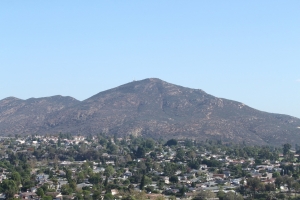 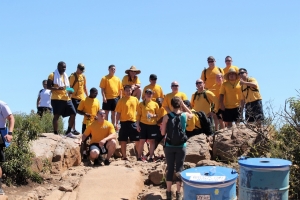 The total time for our hike was 4 hours and 35 minutes – 13.2 miles, 373 Floors. Talking to Jay Wilson (Director of the Mission Trails Regional Park Foundation) the day before our hike, he also thought that nobody had ever done this hike before in one day. 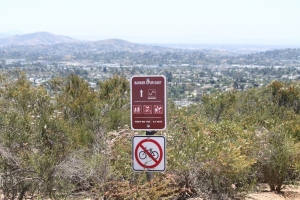 Cowles can be a bit crowded, so if bold enough and in decent shape, give Cowles Tour 13.2 a try.