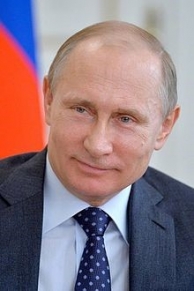 By Shaun Mullen, originally published at The Moderate Voice, a member of the San Diego Online News Association

Shaun Mullen was an award-winning editor and reporter who covered the Vietnam War, O.J. Simpson trials, Clinton impeachment, Osama bin Laden and more before turning to blogging and social commentary. He was a five-time Pulitzer Prize nominee, covered 12 presidential campaigns and authored several books. Much of his work is archived and accessible online in the Shaun D. Mullen Journalism Papers in Special Collections at the University of Delaware Library. ​

March 29, 2017 (Washington D.C.) -- Just because people with connections to Donald Trump’s Russia scandal keep dying or disappearing unexpectedly does not necessarily mean that their heart attacks, assassinations in broad daylight, mysterious exits and other premature departures are any more than an uncanny number of coincidences. (Cough, cough.) But the guy authorities claim was critically injured when his bathtub fell on him on the eve of a court appearance that would have been deeply embarrassing to the Vladimir Putin regime who also happens to be a key witness in a U.S. fraud case took my conspiracy-averse, never-leap-to-conclusions investigative self over the top.

By my count, 10 people have unexpectedly left this mortal coil, have been disappeared or gravely injured since Election Day who were Russia scandal principals or may have had connections to them.

I hasten to add that while there is mounting evidence amidst this mounting carnage that Trump’s campaign colluded with the Kremlin in its multi-pronged effort to influence the outcome of the 2016 election by sabotaging Hillary Clinton — or in other words provided aid and comfort to a hostile foreign power trying to commandeer the process at the heart of American democracy — there is no evidence that the president or his surrogates are directly responsible for this epidemic, while there may be explanations having nothing to do with nefarious connections for a couple of the 10 men.

The bathtub guy is lawyer NIKOLAI GOROKHOV, who represents the family of Sergei Magnitsky, an attorney who mysteriously died in custody in Moscow in 2009 after accusing law enforcement and tax officials of massive fraud to the tune of $230 million.

Gorokhov also is a key witness for the U.S. government in a related money laundering suit brought by Trump-fired U.S. Attorney Preet Bharara against a Russian holding company. It is believed that Gorokhov was thrown from the top floor of his Moscow apartment building on March 21, on the eve of that court appearance, and is in hospital with severe head injuries, but authorities claim he was injured while attempting to lift a bathtub up to his apartment with rope that snapped. A pro-Putin tabloid dutifully published several photographs of a broken bathtub.

DENIS VORONENKOV, 46, fatally shot on a Kiev street on March 23 (photo above), was a former colonel in the Russian military and Putin insider who fled to Ukraine when he became a whistleblower and was preparing to testify about the inner workings of the Putin regime. He was being hunted by Russia’s Federal Security Service (FSB).

ALEX ORONOV, 69, a naturalized U.S. citizen who ran a fertilizer business in his native Ukraine, died under unexplained circumstances there on March 2. Oronov reportedly had set up a meeting between Michael Cohen, Trump’s personal lawyer, with whom he had family ties, and Russian officials where a “peace plan” for control of Russian-held Crimea was hatched.

Russian U.N. Ambassador VITALY CHURKIN, 64, widely believed to be a spy, was rushed to hospital from his office at Russia’s U.N. mission in New York on February 20 after suddenly becoming ill. The initial report that he had suffered a heart attack was withdrawn because medical examiners said the death required further study.

OLEG EROVINKIN, 61, who is believed to have been instrumental in helping former British spy Christopher Steele compile an explosive dossier detailing Putin’s alleged hold on Trump, was found dead in the back seat of his Lexus in Moscow on December 26 in what almost certainly was a murder, although authorities claimed it had been a heart attack.

Although YVES CHANDELON, 62, was not Russian, he was chief NATO auditor responsible for investigating money laundering. He was found in his car in a Belgian town on December 21 with a single gunshot wound to the head in what may have been a murder made to resemble a suicide. Although Chandelon was left handed, the gun was found in his right hand and was not one of three he owned.

ANDREI KARLOV, 62, Russia’s ambassador to Turkey, was assassinated on December 19 as he made a speech at a photography exhibit in Ankara by a man later identified as a Turkish police officer, who shot Karlov in the back and reportedly shouted: “Don’t forget Aleppo! Don’t forget Syria!”

Later on the same day, Russian Foreign Ministry diplomat PETR POLSHIKOV, 56, was found dead from a gunshot wound in his Moscow apartment. Two spent bullets were found near the body and the murder weapon under a bathroom sink, but little else is known about the circumstances of his death.

SERGEI MIKHAILOV, 59, and DMITRY DOKUCHAEV, 33, who worked for the FSB, which was responsible for U.S. election hacking, were arrested in early December and charged with working for the CIA shortly before they disappeared. Mikhailov reportedly was accused of passing on information about Russian efforts to breach U.S. election systems.

Initial reports indicated that SERGEI KRIVOV, 63, like Gorokhov had taken a dry dive, in this case from the roof of the Russian consulate in New York, on the morning of November 8, Election Day, and suffered blunt force injuries, but Russian officials quickly changed their story and said he had died of a heart attack. Krivov was widely believed to be a counter spy who coordinated efforts to prevent U.S. eavesdropping.

Trying to ascertain a pattern, let alone make sense of this epidemic is a fool’s errand.

But one possible explanation for some of the deaths, notably those of Mikhailov and Dokuchaev, are that they are the result of a purge related to U.S. election hacking. Another is that old standby: A victim is hot on the trail of damaging information and has to be eliminated, which might explain Chandelon’s death.

Oh, and for the record, in the 10th week of Donald Trump’s presidency and as the Russia scandal continues to simmer, he has yet to say one harsh word about Putin, who was the target of yuge nationwide protests over the weekend, while continuing to praise him.

tin foil is on sale at the Wal , all who believe in the Russian conspiracy and Vlad is taking over need to get some quickly

Wake up Americans!! We have been attacked in a major way in a cyberwar during our 2016 campaign period and election for our president. This purge is just the cleanup after the attacks occurred. Leave no witnesses! Leave no one alive who might talk about the real story! Until our intelligence apparatus in the U.S. gets on top of this issue and resolves it, we have no assurance that the person who sits in the Oval Office is not part of a grand plan to make our nation part of a global kleptocracy, headed by Vladimir Putin! It's all about OIL and MONEY!!! Anyone who does not see the pattern here is terrifyingly oblivious to the facts!

Yes, we have been attacked, and everything that we hold dear as Americans is in jeopardy!

No Dennis, we haven't been attacked and so everything that we hold dear as Americans is not in jeopardy. You should sleep better knowing that. The Russians are not coming to San Diego Country to get you. . . .You're welcome.

Don, in response to your stating not to worry about the Russians attacking, I actually live quite a bit north of San Diego, in Lancaster, and a recent OP-ED article in the Los Angeles Times stated: "Rep. Devin Nunes blew it. The Republican from Tulare has one of the most important jobs in Congress: He is chairman of the House Intelligence Committee, where he leads an investigation into whether Russia interfered in the 2016 election, and what, if anything, Donald Trump and his team knew about it." The article by Conor Friedersdorf, who considers Nunes' actions serious and a threat to our country, encourages those in his district to pick up the phone and let Nunes know about it.

So there will be no phone picking-up, especially since I'm not in his district. Admit it -- this is all Putin Paranoia, trying to make excuses of Hillary's unexpected defeat due to voters rejecting her, and not to anything any Russians did. That's just silly. Russians interfering in the election? No, anti-Hillary voters "interfered" in the election. Why vote for anyone who has never accomplished anything? Hillary was a complete zero as Secretary of State. Obama stuck her over at Foggy Bottom to get her out of the way. How much harm could she do as SecState? Hillary proved Obama wrong -- wars in Syria and Libya was on Hillary's to do list.. . .Lock her up.
The Director of National Intelligence, James Clapper, has said this month that there is no evidence, but you know differently? As to "we have no assurance that the person who sits in the Oval Office is not part of a grand plan to make our nation part of a global kleptocracy, headed by Vladimir Putin! " . . .How does one prove a negative? . . .So this "Russians are coming" fable is just that, something dreamed up by people who simply can't believe that Hillary lost the election when all the polls said it was a lock. Well believe it.
with the Kremlin to influence the outcome of the 2016 election by sabotaging Hillary Clinton" is baloney.There is no evidence. . .Get over it, Hillary lost the election because she was an extension of Obama, with the same-old, same-old, and voters wanted change especially in the economy. Blaming Russia for Hillary's loss is silly.