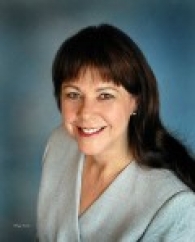 Sessom provided this explanation to ECM, “I moved. I forgot to file a 410 notifying the FPPC of my new address. My forwarding address expired so I never received the bills and notices.  I paid the fees and penalties.  No intent to avoid anything was found by the FPPC.   That’s all there is to this story.”

Below are details from the FPPC’s notice.

11.    In the Matter of Mary Sessom, Mary Sessom for Mayor and Anna S. Baker, Treasurer; FPPC No. 16/198. Staff: Chief of Enforcement Galena West and Staff Services Analyst Dominika Wojenska. Mary Sessom was a successful candidate for Mayor of Lemon Grove in the November 4, 2008, and November 6, 2012 General Elections. Mary Sessom for Mayor is her candidate-controlled committee. Baker is the Committee’s treasurer. The Committee, Sessom, and Baker failed to timely file two semiannual campaign statements for the reporting periods of July 1, 2015 through June 30, 2016, in violation of Government Code Section 84200 (2 counts); and failed to timely pay the 2014, 2015, and 2016 $50 Annual Fees to the Secretary of State‘s Office, in violation of Government Code Section 84101.5 (3 counts). Total Proposed Penalty: $1,013.