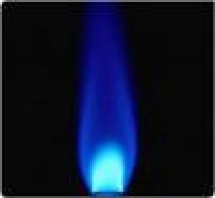 May 8, 2014 (San Diego) – A former SDG&E employee has filed a wrongful termination lawsuit against the company.  Michael Goncalves claims he was fired after speaking out about faulty devices used to check for gas leaks in homes.

The former service technician said the devices gave faulty readings, failing to measure gas leaks. He also said that at least two technicians had gas explode or flash in their faces, causing burns.

Other ex-workers have  filed suit in the past claiming they were fired by SDG&E for speaking out on different issues.  Dan Gilleon told East County Magazine news partner 10 News, “When SDG&E tells you to shut up and stop talking, and you keep doing it, you’re on their target list. They don’t like whistleblowers.”

SDG&E sent a statement to 10 News contending that the company fired Goncalves for falsifying records about his location in order to get paid for work done after he was finished for the day.   SDG&E also denied any safety issues with the gas measurement instruments but acknowledged that the company did replace the devices in 2013 with better equipment.

The company said that other employees complained about the equipment, but were not terminated.  SDG&E insists it has a policy prohibiting retaliation against employees who raise issues.