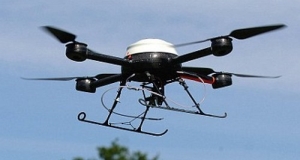 The rules are favorable to opening up the airways for commercial uses of drones for applications such as inspecting bridges and cell phone towers, agricultural and photographic purposes.

But there are strict limits proposed.  Drones must be under 55 pounds and cannot fly over 500 feet to minimize risks to aircraft.  They can’t fly at night and operators must be able to see the drones at all times—so you won’t be seeing drones delivering pizzas or merchandise such as Amazon.com has proposed. Nor will you see crop spraying by drones, which would require larger sized drones than the regulations would allow. But farmers could use drones to monitor their crops.

The regulations also open the door for drones to be used by news organizations within the guidelines provided, potentially allowing aerial coverage of breaking news, natural disasters and more.

There are many advantages but also many disadvantages to the widespread use of drones.

One clear advantage is that drones can save lives.  For instance, CBS reports that from 2004 to 2012, there were 95 fatalities among workers climbing cell phone towers and other towers. Many such deaths could be prevented by using drones for inspecting communications equipment, bridges and other risky places.

But drones do pose risks from a security standpoint and there have been numerous near misses involving drones and airplanes, prompting calls for the FAA to move quickly on imposing regulations. They also pose challenges to law enforcement, as the crash of a drug-smuggling drone at San Ysidro recently pointed out.  Privacy advocates have also raised concerns.

On enterprising website, www.NoFlyZone.org, is offering a free service to declare the airspace over your private property a no fly zone.  It only applies to drone manufacturers who choose to voluntarily comply, which some are doing, using GPS technology to prevent drones from flying over any properties designated as no-fly zones.

The Association of Unmanned Vehicle Systems International, which represents the drone industry, has estimated that small commercial drones could create 70,000 jobs and pump $13.6 billion into the economy in just three years. While that’s a substantial sum, it could be partially offset if some jobs are lost to the automated drones.

As a hub for drone manufacturing, San Diego is among the regions set to benefit financially from increased use of drones.

Drone operators will be required to take an aerospace knowledge test through the FAA at a cost of about $300, but will not be required to have a pilot license.  A security check of operators would also be conducted prior to issuing a certificate to operate a drone.

My drone has a camera on it and I am keeping track of all you Democrats.